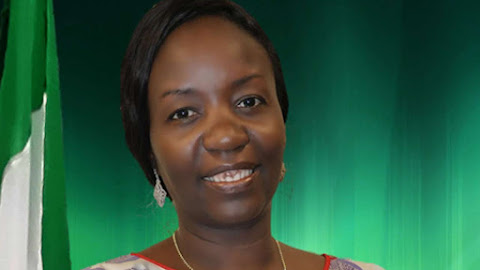 The House Committee on Science, Technology and Innovation has urged the Energy Commission on Nigeria to Leverage on available resources to reposition the nation as hub for renewable energy.

The Committee also called for ways to leverage on the work of the National office for Technology Acquisition and Promotion to make Nigeria Technological hub.

The Chairman of the Committee Beni Lar made the call during oversight visits to the two Agencies on Friday.

Hon Lar explained that the oversight of both agencies goes beyond ascertaining the compliance and implementation level of the agencies.

According to Lar, the ECN is the sole government body charged to drive the UN climate change Agenda and Sustainable Development Goals in energy sources and usage.

“With over four decades of operational existence, this energy think-tank has strategic role of preparing and guiding the nation into the post crude oil dominance era that now steer us in the face. The several quantum leaps in advancement of science and technology are leaning towards renewable and more climate friendly energy sources should alarm leaders in the Nigerian project particularly the ECN as the future of fossil fuel looks very bleak”

The Chairman stated that the Committee had further resolved to vigorously and strategically yielded all legislative resources to ECN with a view to birth a new, reliable and futuristic sources of foreign exchange earner.

For NOTAP, the Chairman observed that the agency tracks the inflow of technology into Nigeria and develop appropriate strategies for its adoption and domestication.

“May I rightly observe that NOTAP occupies a critical place in the scientific advancement of Nigeria or its continued development, At this point,I wish to state without equivocation that the current DG has repositioned the office towards the realisation of its lofty objectives.”

She maintained that the oversight would be the first in the series of engagements as the committee is focused on seeing the agency maximizing the benefits inherent in technologies available to the nation and its compliance with necessary provisions of the constitution.

In his presentation, the Director General Energy Commission of Nigeria, Professor Jidare Bala said the appropriation for 2022 was 12.5 billion with 79.55% release.

According to him the major sources of revenue for the agency are tender fees, freedom of information, withholding tax, VAT, stamp duty and grants.

Prof. Bala who clarified that there had not been any intervention funds from government since 2009 noted that the commission is indebted to the tune of 4.7 billion from constituency projects which he said the commission had written to the Ministry of Finance that the Debt Management office take over the debt.

“I will like to recall some of the challenges that we have, I have told you about our debt, heavy debt of about 4.7 billion naira owed contractors for constituency projects executed from 2009 to date 2012 but since 2013 we have not incurred any debt. The second is inadequate physical infrastructure at the headquarters, you can see this building is small and we have about 731 staff and if we have our way,we have already have our design where our car park is, we want to have a twelve storey building to be called Nigeria Energy House.”

Earlier on his part, the Director General NOTAP Danazumi Ibrahim explained that 624 billion was projected as revenue with 406 billion generated as 377 million was budgeted with 263 million released

The Director General stated that before the deployment of any software to the country, a Nigerian IT company must be involved in the deployment.

He told the Committee had some challenges ranging over 1.7 million on diesel for generators, shortage of staff as a result of the suspension on employment as he appealed for funds to employ more staff.

Some members of the Committee observed that the equipment used by the agency for most of its research were obsolete as the demanded comprehensive details of all expenditure.

The Committee requested the two Agencies to avail it details of documents on budget performance, sources of revenue, indebtedness, internally generated revenue among other details.