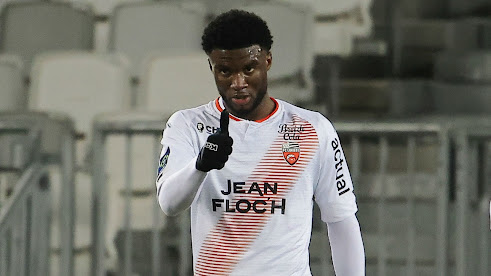 Super Eagles forward, Terem Moffi will be sidelined for two weeks as a result of injury.

The 23-year-old was replaced by Mali international, Ibrahima Kone in the 25th minute.

“He will be out for two weeks,” a reliable source close to Moffi told SCORENigeria.

“The injury was not as serious as first feared.

“Extensive tests and scans were done and he will soon be back.”

Moffi is now expected to miss Lorient’s games against Troyes and OGC Nice.

The striker has scored eight goals in 11 league appearances for Lorient this season.