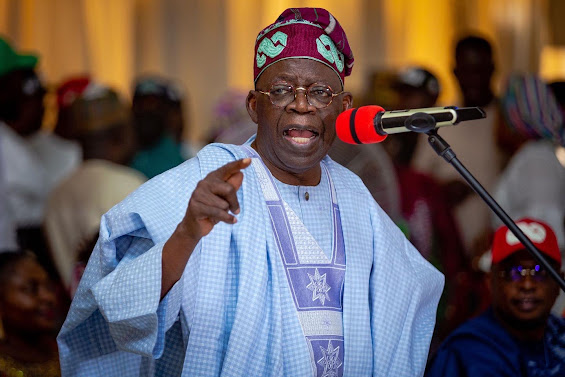 Asiwaju Bola Ahmed Tinubu, the presidential candidate of the All Progressive Congress (APC), in the 2023 general elections, has assured that his government if elected will move Nigeria to economic prosperity through laying of gas pipeline to export gas to the United Kingdom and EU, to rival Russia, among other economic plans.

Tinubu said that his administration would explore and exploit these resources to the fullest, noting that Nigeria is blessed with an array of solid mineral resources with virtually every local government of the country boasting of one mineral resource or the other.

Speaking at an interactive session organized for the 2023 presidential candidates by the Arewa Joint Committee held at Arewa House, Kaduna on Monday, the former Lagos State Governor said his government if elected would prioritize the strengthening of the ongoing power reform, delving particularly into renewable energy development and completion of the Mambilla Hydro Power Project as a catalyst for industrialization.

The presidential candidate of APC said his vision for Northern Nigeria is to make it a hub of agricultural investment in sub-Saharan Africa, with particular focus on the dairy industry as a potential job creator and earner of foreign exchange in the country.

According to him, “Our economic plan would utilize the vast natural resources we have, through strategic investment in infrastructure which will lead to the diversification of the economy and wealth creation across the entire country. We will pay attention to modern economic drivers such as the digital economy, creative industries, sports and entertainment sectors for the benefit of our young people.”

He stressed the need for a long term investment plan to lead the country’s gas, LNG, to the United Kingdom, to Europe and compete with the Russians, suggesting that Nigeria should invest money to make money.

He added that his administration would continue to explore and invest in the oil and gas opportunities that exist in the Benue Trough, Chad Basin, and other prospective locations, adding that he will ensure the completion of the ongoing AKK project and the trans-Saharan gas pipeline as the gas projects will fast-track the industrialization of the areas and increase revenue generation significantly for the entire country.

Tinubu opined that Nigeria is sitting on a gold mine with abundant natural resources, stressing that with strategic investment in research and development and effective management, Nigeria will explore and exploit these resources to the fullest.