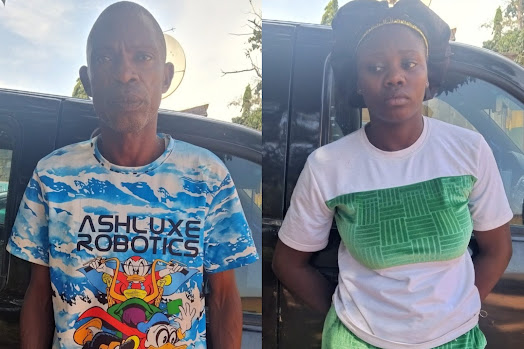 The Nasarawa State Police Command has arrested a father, Dr. Fred Ekpa Ayokhai, and his daughter for assault.

Ayokhai, an associate professor at the Department of History and International Studies, Federal University of Lafia, and Emmanuela Ayokhai, are in custody.

The police said the vehicle used to convey the victim to a location along Kwandere road in Lafia, where she was assaulted, has been recovered.

Preliminary investigation revealed that Emmanuela and the victim had a misunderstanding over a man named IG.

The victim had accused Emmanuela of snatching her supposed boyfriend and assaulted her.

In retaliation, Emmanuela mobilised her family, went after the victim and assaulted her as well. She was hit with a stick, flogged and stripped.

Nansel said the Commissioner of Police, AIG Adesina Soyemi has ordered an intensive manhunt for the fleeing suspects.

The CP further directed that those arrested be charged to court upon the conclusion of the investigation at the State Criminal Department, Lafia.