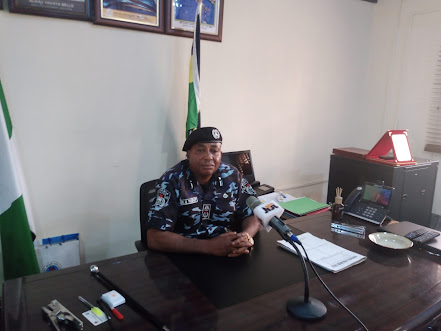 The newly posted Commissioner of Police in Kogi State, CP Hakeem Adeshina Yusuf, has vowed to crush all criminal elements in the state.

CP Yusuf disclosed this on Friday during his maiden press briefing with journalists in Lokoja.

The Commissioner, while appealing to Kogi residents to synergize with the command in curbing crimes and criminalities, warned all kidnappers, armed robbers, and other criminal elements to relocate from Kogi State.

Yusuf, who took over from Edward Egbuka, who has been promoted to the rank of Assistant Inspector General of Police in charge of Zone 14 Kaduna, warned politicians to desist from hate speeches or any form of derogatory statements capable of causing a breakdown of law and order ahead of the 2023 election.

He pointed out that, under his Command, no politician will be allowed to cause chaos in the state for their selfish political interest, adding that the police are fully ready for a transparent, free and fair election in 2023.

He assured members of the public of strengthening community engagement and effective synergy in ensuring adequate security in Kogi State.

CP Yusuf, who assumed duty as the 37 Commissioner of Police, deployed to Kogi State, hails from Lagos State.

He holds a BSc degree in Biochemistry from the University of Ilorin, Kwara State, in the year 1987.

He was enlisted into the Nigeria Police Force in 1990 as a cadet Assistant Superintendent of Police and was trained at the Police Academy Annex, Kaduna.