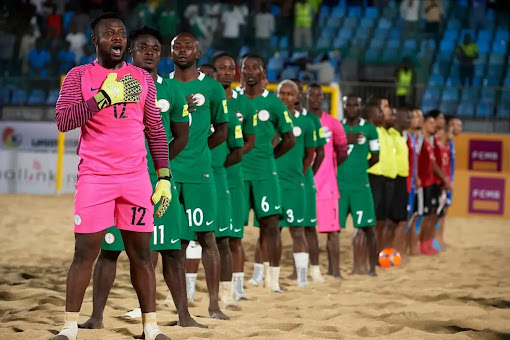 The Super Sand Eagles will play no part at the 2022 Beach Soccer Africa Cup of Nations following the country’s withdrawal from the competition.

The withdrawal from the competition was as a result of lack of funds.

The Super Sand Eagles were previously expected to face Mozambique, Malawi and Morocco in Group A.

Seven countries will now compete for the ultimate prize in the competition which will be hosted by Mozambique.

Defending champions Senegal, Uganda Madagascar and Egypt are the four teams in Group B.

The competition will kick off on October 21 at the Vilankulos Arena.

The Beach Soccer AFCON final will take place on October 28.