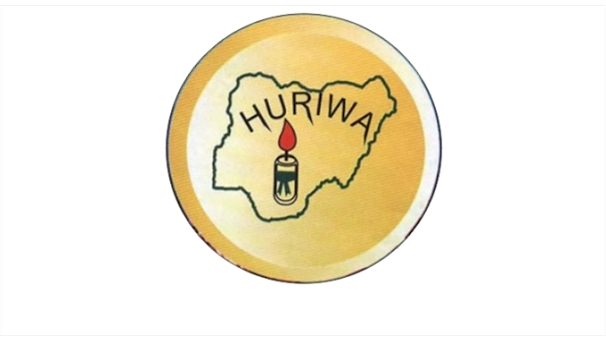 Human Rights Writers Association of Nigeria, HURIWA, has told the Federal Government of Nigeria that disrespecting the binding judgment of the Court of Appeal on the leader of the Indigenous People of Biafra (IPOB) Mazi Nnamdi Kanu and going ahead to appeal the ruling at the Supreme Court amounted to a legal sacrilege.

The group further described the Federal government as promoting impunity, perfidy, and unconstitutionality.

HURIWA said the disobedience by the Federal Government to the definitive verdict of the Appellate Court shows deep-seated hatred of the Igbo ethnic nationality.

The rights group said this is because the President is aware of the probable explosive security implication for Ndigbo of the continuous illegal detention of Mazi Nnamdi Kanu but did not budge but damned the consequences on purpose, hoping that civil unrest or riotous protests will break out in the South East so soldiers will be drafted to have an incredible excuse to kill off Igbo youths.

The Court of Appeal in Abuja, on Thursday last week, struck out the terrorism charges filed against Mr. Kanu by the government and ordered his release from the custody of the State Security Service (SSS).

It held that the IPOB leader was “extra-ordinarily renditioned” to Nigeria and that the action was a flagrant violation of the country’s extradition treaty and also a breach of Mr. Kanu’s fundamental human rights.

But the Attorney-General of the Federation, Abubakar Malami, in a late Thursday statement by his spokesperson, Umar Gwandu, argued the Court of Appeal only discharged Mr. Kanu and did not acquit him. He indicated that the government would not release Mr Kanu despite the court ruling.

HURIWA lamented that, however, the Federal government headed by President Buhari went to the Supreme Court of Nigeria seeking a stay of execution of the Appeal Court’s decision and further seeking the invalidation of the judgment.

But the group, in a statement by its national coordinator, Emmanuel Onwubiko, said President Buhari’s government is hypocritical because it was in flagrant breach of a binding Appeal Court’s judgment and had gone to equity with dirty hands by failing to comply with the judgment before appealing.

HURIWA said the same President Buhari had, through the justice ministry, argued in another matter at the National Industrial Court it filed and won against the Academic Staff Union of Universities but argued that ASUU couldn’t institute any application for a stay of execution or appeal the ruling unless it first of all respect the decision of the Court ordering the then striking Unionists to resume their duties.

The rights group, therefore, wondered how such a roguish administration with two morally self-contradictory standards over the same related issue of respecting judgment before an appeal is now before the supreme court to deny Mazi Nnamdi Kanu of his constitutionally guaranteed fundamental freedoms as reinstated by the Court of Appeal. HURIWA said by this act of infamy, the federal government has brought shame and opprobrium to the image of Nigeria Internationally and locally.