NYSC member, one other escape death as accident claims motorcyclist in Ibadan community 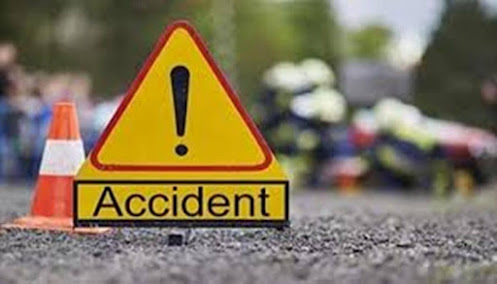 No fever than two people including a member of the National Youth Service Corps (NYSC) has escaped death as a result of a road accident in Ibadan, the Oyo State capital.

The duo sustained various degrees of injuries while the commercial motorcyclist who carried the duo died as a result of the accident.

It was learnt that the corpse of the commercial motorcyclist has been taken to his hometown, Iseyin for burial.

The duo who sustained injuries are still receiving medical treatment at a private hospital as of the time of filing this report on Saturday.

The accident occurred at the Awotan area of Ido local government area in Ibadan on Thursday.

It was also learnt that the accident involved a refuse disposal truck with the Oyo State Waste Management Agency, OYOWMA, a bus 10 seater commercial bus, and a commercial motorcyclist.

Our correspondent gathered on Friday that one of the passengers, a female serving corps member, Ifedayo Ogunlana sustained a serious injury.

The second passenger, a male escaped death with minor bruises to his leg.

It was gathered that the accident occurred as a result of a break failure.

Sources said the two other vehicles were parked by the roadside when the articulated truck rammed into them in an attempt to swerve off the road.

In the process, the truck also crushed the motorcyclist, whose corpse was evacuated to the Apete Police Divisional Station but later released to his relatives from Iseyin for burial.