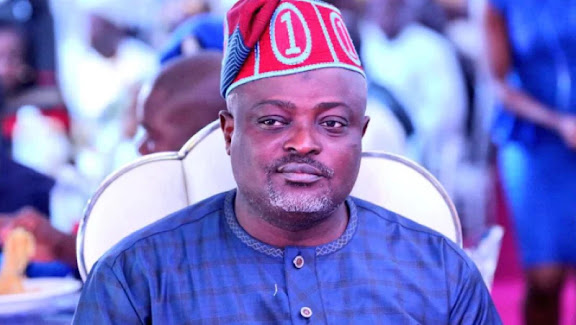 There are speculations of a gang up against the Speaker of the Lagos State House of Assembly, Mudashiru Obasa.

The representative of the Agege constituency I assumed the position in June 2015, and retained it in 2019.

In May 2020, Obasa who clocks 50 in November, won the All Progressives Congress (APC) ticket to run for a sixth term as a legislator.

Though the reason for the alleged move to deny him the Speaker seat for the third time is unclear, Obasa had been accused of corruption.

In October 2020, the Economic and Financial Crimes Commission (EFCC) interrogated him for allegations of fraud and financial misappropriation.

But a member of the legislature, Gholahan Yishawu, has denied that he was part of a plot against Obasa.

The representative of Eti-Osa 02 constituency and Chairman of Budget and Planning Chairman blamed adversaries.

“I support his re-election in the 2023 general elections and as speaker in the next 10th assembly because of his leadership skills”, he said.

Like Obasa, Yishawu and most office holders in Lagos are close to ex-Governor Bola Tinubu, presidential candidate of the All Progressives Congress (APC).

Saga Gist gathered that some forces may be working to install a new head of legislature in the next dispensation.

At the weekend, a source close to the House stated that despite “unfounded claims”, the lawmakers are on good terms.

“No crisis in the house. No one knows where this issue is coming from. As we speak, there is no cause for alarm.

“I can assure you that Hon. Obasa and his colleagues are fine. Even those that lost at the primaries are still active.

“Those that would not return have been pacified; they were called to a meeting which ended well.”

Reacting to a question of whether Obasa was at loggerheads with Tinubu, the source said they remain cordial.

“The Speaker is like a son to Tinubu. He is actually one of the arrowheads of Tinubu’s campaign in Lagos.

“But he cannot really be at the forefront because of his position and the fact that he is also contesting in 2023.”

In September 2020, Obasa disclosed that he and party members rely on Tinubu for direction.

“Whenever he declares this is the way, we follow him. Whatever he says, we ensure it is followed to its logical conclusion”, he added.

Obasa is a member of the Governor’s Advisory Council (GAC), the highest decision-making body of the APC in Lagos.