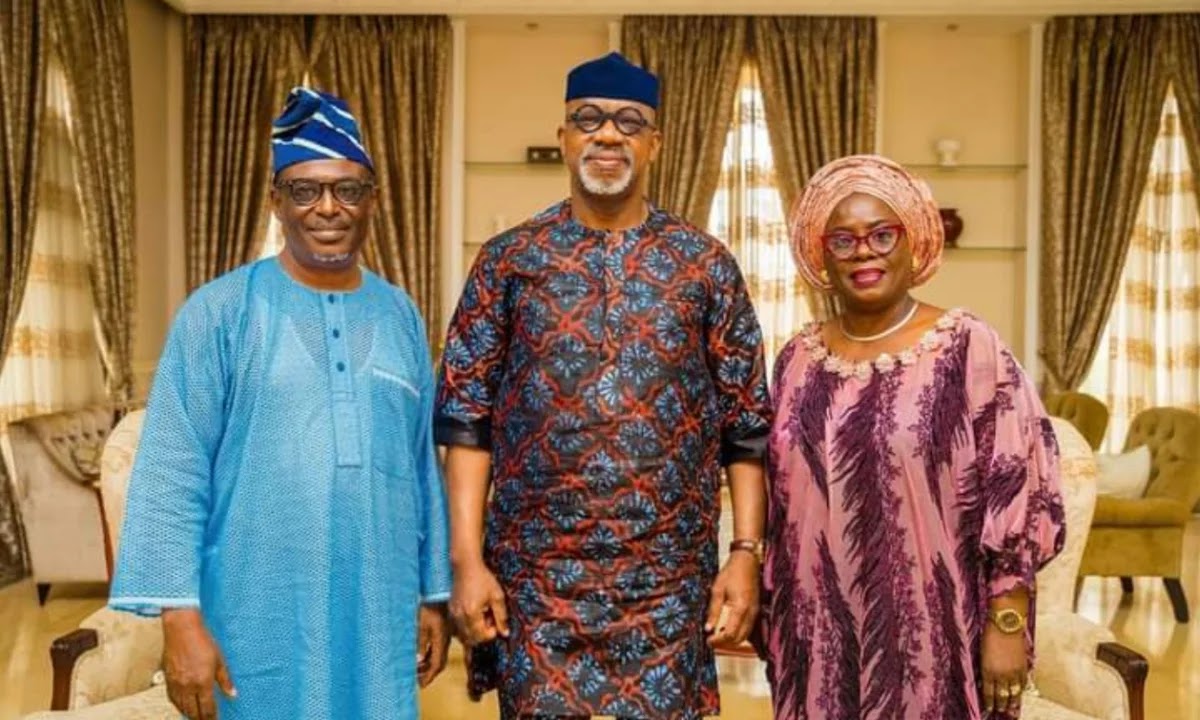 Former Deputy Governor to the immediate past Governor of Ogun State, Ibikunle Amosun, Yetunde Onanuga, has joined the incumbent Governor Dapo Abiodun’s camp of the All Progressives Congress (APC) in the State.

Onanuga was said to have also pledged her support for the second-term ambition of the Abiodun administration.

The former Deputy Governor was first seen with Abiodun during the celebration of the nation’s independence on October 1, fueling speculations that she had left the Ogun Central Senator.

On Sunday, Abiodun formally announced that the woman and her husband, Abiodun Onanuga, were accepted into the APC mainstream in Ogun State.

“This afternoon, I received the former Deputy Governor under the immediate past administration, Her Excellency, Mrs. Yetunde Onanuga as she returns back to the mainstream of the All Progressives Congress, APC and also expressed her deepest commitment towards our quest for a second term in office. She was accompanied by her husband, Otunba (Giwa) Abiodun Onanuga,” the Governor revealed.

DAILY POST reports that the APC in Ogun is divided between Abiodun and Amosun factions.

But for the 2023 general elections, those in the Abiodun camp were nominated as candidates of the party in all the 40 elective positions in the state.

Members of the Amosun political family who obtained the APC forms said they were schemed out in arranging things.

According to them, the governor did not implement a sharing formula recommended by the party’s national reconciliation committee to unite both camps.

Today, supporters of the former governor are behind the governorship candidacy of Barrister Biyi Otegbeye of the African Democratic Congress (ADC).

Otegbeye, is an indigene of Ogun West, a zone that has not produced a governor since the creation of Ogun State in 1976.

Many suspect this may not go well with Onanuga, who is from the same Ogun East as Gov Abiodun.

It is also being rumoured that the former deputy governor’s husband might have prevailed on her to dump his former principal in order to support Ijebu/Remo agenda instead of Yewa/Awori’s Otegbeye, who is running in another party different from the APC.