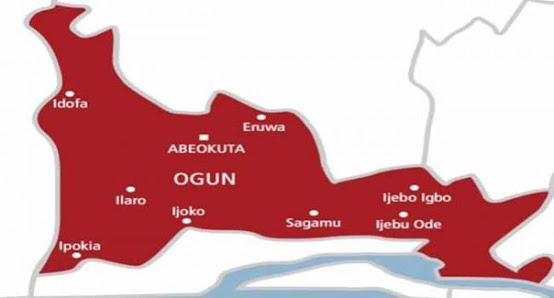 Chief Olusegun Macgregor has been announced as the newly elected Olu of Orile Ilawo Alagbagba, in Odeda Local Government Area of Ogun State.

Also, a letter signed by the Secretary to Odeda Local Government, Makinde Zacheus Adio on behalf of the LG Chairman, had been forwarded to the Osile Oke-Ona Egba, Oba Adedapo Tejuoso as the consenting authority over Oke-Ona communities.

According to the letter dated October 14, Adio explained that consequent upon the directive of the Ministry of Local Government and Chieftaincy Affairs, Office of the Executive Governor vide letter No CHM II/4/145 of 22nd August, 2022, and CHM II/4/154 of 29th of September, 2022, the process for the selection of the new Olu of Orile Ilawo was kick-started by the local government.

The LG Secretary explained that the State Government had approved the appointment of nine warrant chiefs to act as kingmakers for the selection process, “since there is no chieftaincy declaration.”

In compliance with the directive, Saga Gist gathered that a meeting presided over by Chief Anthony Olufade was held at Kegunmela on October 13, 2022, for the nomination of candidate(s) to fill the vacant Olu of Orile Ilawo stool.

“Thereafter, in the absence of other nominations, the Osi Ilawo called for the election of the candidate by the six (6) Warrant Chiefs present,” Adio said, adding that Macgregor polled six votes to emerge winner and he was later presented with a certificate as the Oba-elect.

Meanwhile, the local government scribe is seeking the consent of the first-class monarch, Oba Tejuoso in line with the provision of the Chiefs Law of Ogun State.

“Once your consent is given Kabiyesi, all documents related to the appointment shall be forwarded to the Executive Governor for consideration and approval,” Adio stated.

Saga Gist reports that MacGregor will become the second Olu of Orile Ilawo following the demise of the first monarch of the community, Oba Oladipo Aina, in December last year.