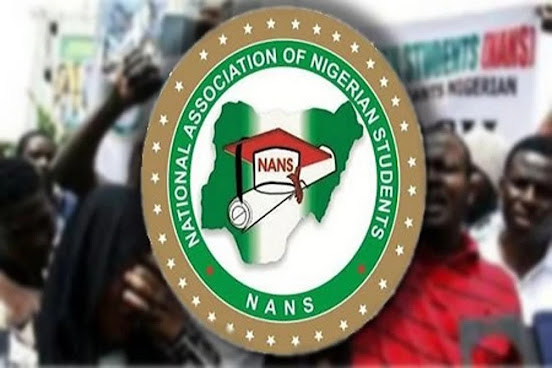 The students, while lamenting the deplorable condition of the Lagos-Abeokuta expressway, said “the road has now become a death trap and the hotspot of kidnappers and armed robbers.”

The students’ bodies raised the alarm over the safety of motorists and other road users, especially students of the various learning institutions located along the road and in Abeokuta, the Ogun capital.

According to them, the Federal Government has been given a 14-day ultimatum to commence reconstruction of the road, failure which they would shut down the road in a massive protest.

This was contained in a statement jointly signed by the Chairman of NANS in Ogun, Damilola Simeon and the National President of NAOSS, Oluwagbemileke Ogunrombi on Sunday.

According to the statement made available to DAILY POST, the associations argued that “no fewer than ten lives have been lost lately in various road accidents that occurred as a result of the deplorable condition of the road.”

They recalled that two students of the D.S. Adegbenro ICT Polytechnic were recently kidnapped by unknown gunmen along the same road.

They lamented that armed robbers and kidnappers have taken advantage of the poor state of the road to wreak havoc on unsuspecting members of the public.

According to them, the lives and property of motorists, other road users and residents of the area are no longer safe following incessant armed robbery and kidnapping attacks being perpetrated by men of the underworld along the road.

“We are saddened by the insensitivity and wickedness of the Federal Government to subject residents of the State to untold hardships by not fixing the deplorable Lagos-Sango-Abeokuta road.

“For years, our people, especially thousands of students who ply the road on a daily basis have been going through hell.

“The road has become a death trap for motorists and passengers while their lives are also no longer safe in the hands of armed robbers and kidnappers.

”Not a week goes by without reports of accidents, armed robbery and kidnapping on the road.

“We are worried by these unpleasant occurrences and we want to call on the Federal Government to commence reconstruction of the road within the next 14 days, failure which the government will incur the wrath of the Nigerian students.

“We can no longer stand by and fold our arms while people continue to die on the road. The government at the top has failed our people woefully.

“The blood of those who have lost their lives on that road is on the hands of the Federal government,” the statement read in part.