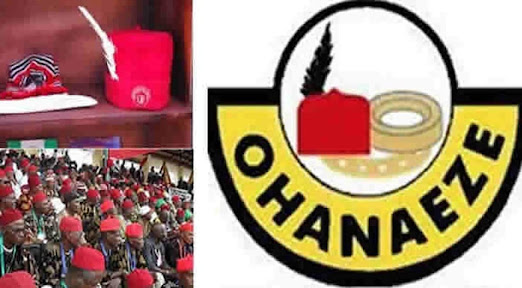 The apex Igbo socio-cultural orgainsation, Ohanaeze Ndigbo, has called on the Federal Government to urgently move into action in Abia, Imo, and Anambra states to save the remaining lives and properties of the people ravaged by floods in both states in the southern part of the country.
This comes on the backdrops of the spot findings by the apex Igbo body on the recent flood disasters in Ariaria International Market Aba, Ohaji-Egbema in Imo, and Oguta local government area in Anambra State, where floods destroyed properties worth billions of naira.
Mazi Okechukwu Isiguzoro, the Secretary-General of the Ohanaeze Ndigbo, made the call in a statement issued on Saturday, regretting the devastating effects of the ugly incident on the people.
According to him, “we wish to ask, does it mean that the clips coming out from the ancient town of Anam Ukpo Isaa with villages like Mmiata, Iyiora,Umueze, Umuewelum, Umuobia, Umuikwu, Umudora, and Oroma-Etiti are now sitting under flood is not getting to both the Presidency and the National Emergency Management Agency (NEMA).
“Is Nigeria too broke that we cannot send serious boats and even airlift the trapped people of Ogwuikpele, Akali-Ogidi, Atani, Osamala, Umu-uzu, Ogbakuba, Umunankwo, and Ogwuaniocha all in Ogbaru Local government area and send relief materials to them because they are currently internally displaced people?
“Can’t the federal and state governments do something for the people of Abacheke in Ohaji-Egbema? Can’t government and NEMA do something about what’s happening at Oguta-Ameshi down to the Amaraocha area,” he queried.
“Can’t they just see that communities like Osemotto, Eziorsu, Orsuobodo, Mgbele, and their neighbors may not be safe now and find fast solutions? How can the government be sleeping while our people are perishing?
“What about those people that died at Osomals/Umunankwo bridge while sailing to Ogbakuba last werk in Ogbaru when their boat capsized and who have located their families? Why all those silence when a national disaster is taking place”, Isiguzoro also queried.
The Igbo chieftain, who described the flooding as an act of nature, advised the federal and state governments and National Emergency Management Agency to carry out awareness campaigns before rainy seasons of every year, tilted at educating Nigerians on the prevention and dangers of flooding.
“They should find solutions because people cannot continue to invest and lose their investments every three years to flood. We have heard from different quarters that what happened could be linked to the release of excess water from the Lagdo Dam in Cameroon”.
Isiguzoro also tasked the governments with permanent solutions to end the ravaging floods being experienced in most parts of the federation to forestall re-occurrences and their devastating effect on human lives and properties, and as well as government-executed critical infrastructures.
His words: “Every solution is necessary now. If it requires tbe dredging of notable Rivers in the affected areas like Orashi Rivers in the affected areas like Orashi River, Ogbuide river (Oguta lake), Omambala (Anambra Rivers), Ezu River, Itu River, Awbana river, Njaba river, River Niger and many others. Every time such may happen, please let it be done at least to reduce the effect”.
Tags:
News