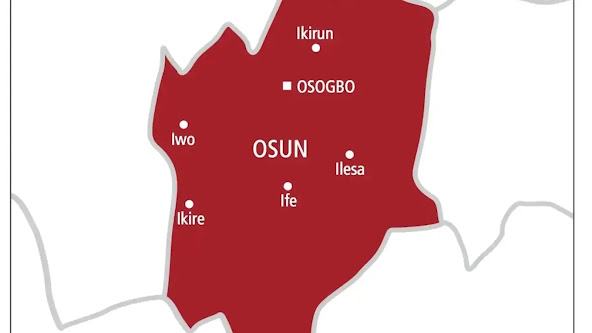 The rumours making the rounds that the Osun State Government is planning to announce the appointment of a new Olufon of Ifon-Orolu Kingdom have been dispelled.

The elders of the five ruling houses which constitute the Olufon Ruling House; Orisatoyinbo, Moronfolu, Oluyeyin, Olumoyero and Odunolu royal families dispelled the rumour in a statement on Friday in Osogbo.

The elders in the statement also called on residents and citizens of the town to remain calm.

It said, “Our attention has been drawn to a rumour circulated in the public about ongoing plans to announce and install a new Olufon of Ifon-Orolu Kingdom that has been vacant since April 2021; this followed recent decision of the Osun State Government to announce the approval of Akinrun of Ikirun and 9 other monarchs. Therefore, it has become very necessary to douse the generated tension arising from the rumours on the purported announcement of a new Olufon of Ifon-Orolu.

“We hereby wish to state as follows: The matters relating to the process of filling the vacant Olufon of Ifon-Osun stool are still pending before Osun State High Court and getting proper attention.

“There is no way the Osun State Government can continue the process without concluding the referred litigation.

“The administration of His Excellency, Alhaji Isiaka Adegboyega Oyetola, the Executive Governor of Osun State is well known as a law-abiding with respect for traditional heritage. Thus, will not act contrary to the position of law.

“None of the royal family members are presently involved in the process of filling the vacant Olufon Royal stool. However, the subsisting Court Order is still in force.

“The rumours of purported underground plans to continue the process of filling the vacant Olufon stool is the handiwork of enemies of the government and that of the Olufon Royal Family at large.”

Regardless of the ongoing litigation, the elders of the community assured the public that all the members of the authentic Olufon Royal Family are still together as a single unit.

While hoping that the Judiciary will clear the grey areas on the perceived ambiguity of the process and extant Olufon Chieftaincy Declaration, they also implored the members of the public to shun whatever the mischief makers were spreading because it is a futile effort to cause unnecessary confusion.

The rumour is coming two days after the state government announced the appointment of a new Akinrun of Ikirun and nine other monarchs on Wednesday.

DAILY POST reported that youths in Ikirun town had on Wednesday protested against the appointment of Prince Yinusa Olalekan Akadiri as the Akinrun.

The youths who set up burn fires were protesting the alleged decision of the Osun State Government to announce Prince Olalekan Akadiri as the new Akinrun of Ikirun.

Also, after the weekly Osun State Executive Council meeting, the state government announced the appointment of Prince Yinusa Olalekan Akadiri as the Akinrun of Ikirun.

The announcement which was done by Funke Egbemode, the Osun State Commissioner for Information and Civic Orientation also announced nine princes as kings in their domain.

Also, on Thursday during a radio current affairs programme, Rasaq Adeosun, the Special Adviser to the Osun State Governor on Local Government and Chieftaincy Affairs said the appointment of the Akinrun and other kings followed due process.

Adeosun also revealed that the appointments followed extant Chiefs Law in the state.

Meanwhile, protests are still ongoing in Ikirun town and they have been reported shot by personnel of the Nigerian Police defiant youths have also blocked the entrance to the Akinrun Palace with charms of different types.