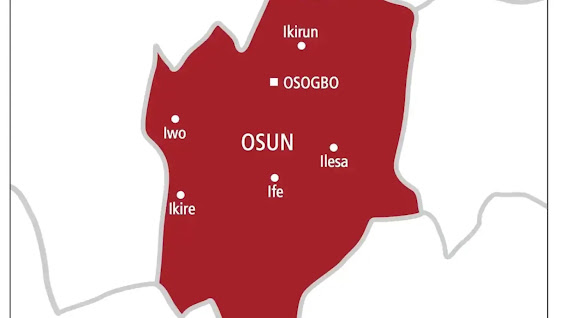 The Commissioner for Local Government and Chieftaincy Affairs in Osun State, Adebayo Adeleke has been issued with a warning by Kingmakers in Iree against the appointment of a warrant chief.

The Kingmakers who alleged that the decision of Adeleke to appoint a warrant chief was to favour his preferred candidate for the stool of Aree of Iree also posited that the appointment would hinder the selection process of the best candidate to fill the vacant stool of the traditional ruler of the town in Boripe local government area of the state.

The stool became vacant following the demise of Oba Jimoh Olayonu about four years ago and all efforts to appoint a new king for the town have not yielded any positive results.

While condemning the alleged decision, the kingmakers also vowed that they would prevent moves by the commissioner to appoint the Iyalode of Iree, Serifat Adebayo as a member of the town’s kingmakers.

The kingmakers had convened a meeting to decide on the selection of a new monarch when they received a letter from the commissioner announcing the appointment of Adebayo as one of the Kingmakers.

They vowed that they would reject the move as it was a bad precedent.

The Kingmakers led by the Aogun of Iree, Saliu Atoyebi, maintained that it was alien to the tradition and culture of the town for a woman to be appointed as a member of the Kingmakers.

“It has never been in the history of Iree that a woman will be selected to be among the kingmakers. Such will not be entertained in their lifetime.

“When they brought the letter from the State government that Iyalode has been appointed to join the kingmakers, we rejected it. Anything that is capable of causing disunity or uproar in Iree over the selection of our monarch will not be allowed.

“If the government said they want to force on us another chief to join the kingmakers, they should choose another person, not a woman. It has never been in the history of Aree in Council that women are included in the selection of a new monarch. They should not do anything that will tamper with our culture and tradition.

“If government should be allowed to do whatever they wish, and we allowed it, history will not be kind to us after we might have left, because it is our names that people will be mentioning, nobody will talk about those who were in government when it was done,” the Kingmakers lamented.

The Iree Kingmakers are also alleging that the Commissioner who is an indigene of the town is sponsoring a candidate for the Aree stool.

In his reaction, Adebayo Adeleke, the Osun Commissioner for Local Government and Chieftaincy Affairs said the appointment of a warrant chief is the sole responsibility of the government.

Adeleke maintained that such appointment was always done through the local government authority and any person of repute in the affected community can be so appointed.

“The chiefs or anybody does not have the right or power to reject anybody appointed by the government as warrant chief.”

While noting that there was a need for Kingmakers to be enlightened on what the law permitted, he revealed that several warrant chiefs had been appointed in such situations.

Regarding the appointment of Chief Serifat Adebayo, the Iyalode of Iree as a kingmaker, the Commissioner noted that the appointment was carried out as a replacement for the Eesa of Iree who died a while ago.