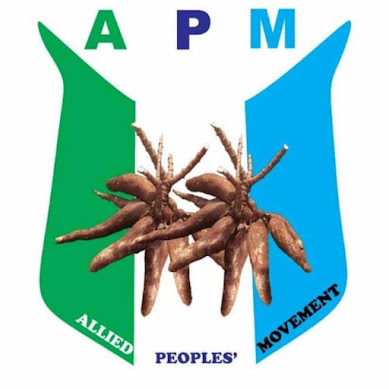 The Allied Peoples Movement (APM) in Osun State has vowed that it would not participate in Saturday”s local government election.

The Osun APM Chairman, Ezekiel Adegboyega while declaring this in a personally signed statement on Friday in Osogbo, revealed that the decision not to participate in the polls came on the heels of the litigations instituted in the court by the opposition party.

Recall that the Osun State Independent Electoral Commission (OSIEC) had scheduled the local government poll in the state for Saturday, October 15, 2022.

However, in a radio current affairs programme monitored by DAILY POST in Osogbo on Thursday, the OSIEC Chairman, Segun Oladitan said only one political party had signified intention to contest and would contest in the local government poll.

Oladitan who insisted that the election would go on as planned added that no court had ruled against the local government election.

While explaining that the APM National Working Committee has instructed them not to participate in the local government election, Adegboyega urged all the party members in the state to stay off the polling units in their respective local

The party chairman also disclosed that members will know the next line of action after the polls.

“Following the directives given by the National Working Committee of Allied People’s Movement (APM) I want to declare openly that we are not going to participate in tomorrow’s local government election in Osun State.

“There are litigations already in the court and under no reason must we take part in such a poll.

“I, therefore, urge members of APM to remain calm and stay off the polling units as the party will communicate the next line of action after the polls.”

Meanwhile, the Peoples Democratic Party (PDP) and the All Peoples Party (APP) are in court challenging OSIEC over the planned Saturday local government elections.