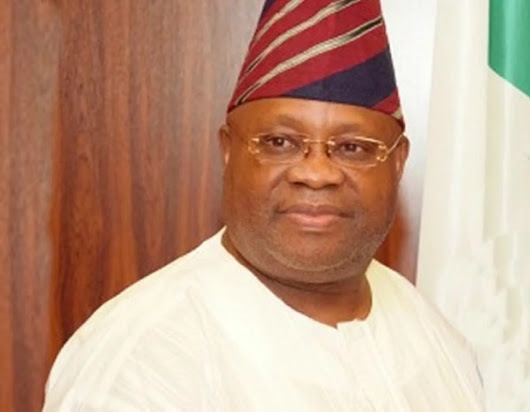 The Osun State Governor-elect, Senator Ademola Adeleke has been warned that any move to dissolve the elected local government officials in the State would attract impeachment procedures when he becomes governor.

This warning was issued by Adegoke Ogunsola, the Osun APC Legal Adviser while fielding questions from journalists on the possible dissolution of the elected chairmen and councillors under the ruling party by the governor-elect.

The Osun PDP, which had described the conduct of the poll as an illegality, had in a statement signed by Adekunle Akindele, its caretaker chairman, warned that all the elected local government officials would be dissolved on assumption of office by Ademola Adeleke as governor on November 27, 2022.

But Ogunsola, who also doubled as the chairmanship candidate for Ifelodun Local Government, noted that no governor in Nigeria has the power to dissolve elected local government officials.

Ogunsola maintained that local government is a level of government, not an appendage of the State government.

“The Governor of a State does not have the power to dissolve any elected member unless the court gives that particular nod that for certain reasons the governor could go ahead to dissolve or in the alternative, the House of Assembly is an arm of government that could also give a resolution that may lead to the dissolution of local government.”

Ogunsola noted that it is an impeachable offence for any governor to dissolve elected local government.

While speaking on the litigation filed by the Osun PDP against OSIEC on the legality of conducting the local government election, Ogunsola said as a law abiding citizen, he would wait for the outcome of the case pending in the Federal High Court, Osogbo.

Meanwhile, the Osun PDP has stated that the threats of impeachment cannot validate the recently concluded Osun local government poll.

The Osun PDP in a statement signed by Adekunle Akindele, the Osun caretaker transition chairman, while wondering the legality of the APC going ahead with the local government poll, maintained that the elected council officials would be legally disbanded as soon as the new administration takes over the State.

“It is trite in law that you cannot attain legality with an illegal foundation. The state electoral commission violated its own laws alongside the Electoral Act 2022 in the conduct of the local government election. This reality is known across party lines and even many leaders within the ruling APC are opposed to the OSIEC’s action.

“Those supporting the illegal action like the legal adviser places personal greed above State interest or how do you justify somebody holding the position of a State Legal Adviser, Local government party caretaker chairman and now elected council chairman for Irepodun Council Area. Because of his greed which has led to mass defection from APC to PDP, the so-called Legal Adviser cannot rightly advise his party against committing illegality.

“Aside existing judicial action, we want to reaffirm that the illegally elected councils will not stand. The incoming administration will deploy all constitutional means to get rid of usurpers who wilfully breached the law for personal greed and avarice. We will also institute necessary legal action against those who knowingly breached the laws and caused the State loss to the tune of billions of naira”, the statement concluded.

The results of the Saturday Osun State local government election have been released.

The Osun State Independent Electoral Commission (OSIEC) which declared the results, stated that the candidates of the All Progressives Congress (APC) came out as winners of the poll in all the local governments and local council areas of the State.

The swearing in of the newly elected council officials will take place today, Monday, October 17, 2022, in Osogbo.