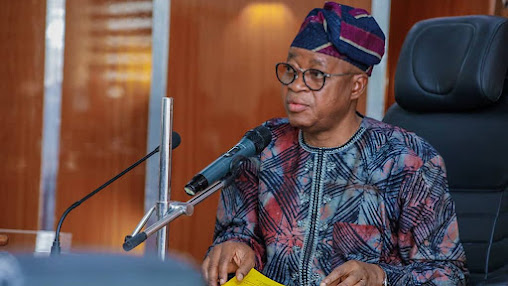 Osun State Governorship Election Petition Tribunal will begin full hearing of the petition filed by Governor Gboyega Oyetola of the All Progressives Congress (APC) against the declaration of Senator Ademola Adeleke as Governor-elect on October 26.

During the Thursday sitting, the Peoples Democratic Party (PDP) through its counsel, Dr. Alex Izinyon, SAN, and INEC asked for the court to discontinue the petition over a Federal High Court judgement that disqualified Oyetola from contesting the election.

Counsel for Oyetola and the APC, Lasun Sanusi, SAN, argued that Adeleke, PDP and INEC reliance on a Federal Court High judgement was nothing but an abuse of court process.

Sanusi replied to the applications of the trio, seeking the dismissal of the petition based on the already appealed Federal High Court judgement disqualifying Oyetola from contesting the election was an abuse of court process and an effort in futility.

The PDP joined by Counsels of the Independent National Electoral commission (INEC), Professor Paul Ananaba, SAN; and counsel for Adeleke, Onyechi Ikpeazu, SAN, all agreed that any decision that the tribunal would take on the matter would have to wait until the Appeal Court and the Supreme Court decide on it.

Also, in other applications totalling nine by the three respondents, they asked the tribunal to strike out some paragraphs of the petition on the grounds that they were either lumped together or not related to the 2022 election.

Responding to each of the applications, Sanusi, SAN, said all the cases cited by the respondents were misconceived, saying they were not applicable in the instance case.

He specifically cited the case of INEC Vs Otti, 2016, 8NWLR, where the Supreme Court hinted that INEC was supposed to be neutral, arguing that all the processes filed before the panel have not portrayed the Commission’s neutrality.

He further argued that the applications filed by the respondents were only meant to prevent the tribunal from focusing on hearing the petition on merit, asking the panel to dismiss the applications.

The tribunal subsequently ruled to commence the full hearing starting with calling of witnesses on October 26, 2022.