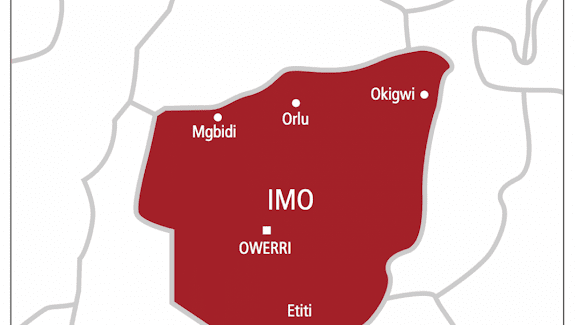 The people of Ndegwu in Owerri West LGA of Imo State have been thrown into shock and mourning following the horrendous lightning that struck and allegedly killed two persons and injured four others on Monday evening during heavy rainfall.

Mr. Stanley Opara, an eyewitness, told our correspondent that the deceased were both married with kids and until their sudden demise were members of the Assemblies of God Church at Ndegwu.

He said the two victims and four others were hired to work as laborers at a building site in Umuogwuta village in Ndegwu when lightning suddenly enveloped the community with the accompanying thunder.

He explained that those who survived were thrown away into the building’s foundation and were seriously injured.

“It was like an electric spark and a heavy thunderstorm that shook the entire community. People were screaming in front of the site and when we rushed out we saw two figures lying down,” he said.

Community sources, who pleaded anonymity, said that the incident attracted residents of the area and many others who gnashed their teeth in pain and wondered what informed the thunder strike during the heavy rainfall.

While the sad event had continued to raise concerns, especially the circumstances surrounding the death of the two persons and the injured ones, Mr. Kelechi Iwuagwu who spoke to our correspondent said, “We are shocked till now and we cannot comprehend the mystery of the thunder strike. We know from the way they were killed that it was not ordinary and for those who survived they must thank God for their lives.”