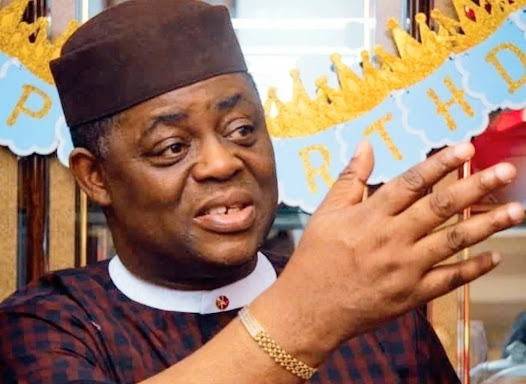 He said there is no doubt that Peter Obi’s Vice, Ahmed Datti supports the killing of gays in Nigeria.

”Killing people as a penalty for their sexual orientation & choices is a reflection of the fascistic & barbaric society that the Obidients want to foist on us. God forbid!” he tweeted on Sunday.

Recall that Baba-Ahmed was a Senator when the anti-gay bill was being considered in the Nigerian Senate. While making his own contribution during a plenary in 2014, Baba-Ahmed opined that such ”elements” should be killed in society.

However, Shortly after Peter Obi announced him as his running mate, a Video of Baba-Ahmed calling for the elimination of gays went viral on social media.

Peter Obi in reaction to the viral video said, ” 2014 to today is about eight years. But notwithstanding, we all have made comments that we believe in and it is allowed.

”I for one, am tolerant of people’s views and their lifestyle. This is me. As long as it doesn’t affect my interest. For me, we have more critical issues to deal with today and that is what I will be concentrating on”