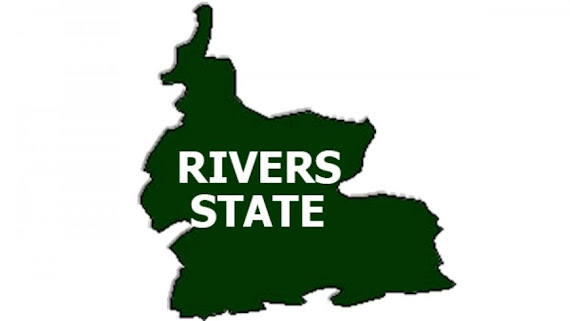 A middle-aged lady whose name is yet to be given is reportedly feared dead after she was swept away by the ravaging flood across the East-West road.

It was gathered that she drowned as a result of the impact of the heavy currents while trekking across the Okobe-Ahoada axis of the East-West Road from Yenagoa to Port Harcourt.

An eye witness who was travelling en route Yenagoa to Port Harcourt said the sad incident happened early Friday morning during the heavy downpour as commuters dropped from their commercial buses to cross by leg to the Ahoada axis of the East-West Road.

He continued “We didn’t notice her until the ravaging floods swept her off her feet as other pedestrians in her company scampered for safety. A few tried pulling her out of the heavy current flowing southwards into the Mangrove creeks, but it was to no avail.

It was also gathered that the middle-aged lady hails from Bayelsa and was a Post Graduate student of the Faculty of Humanities, Ignatius Ajuru University of Education, former COE, and was heading to write her exams scheduled to begin today.

The IAUE is not on strike like other tertiary institutions in Rivers State and post-graduate students have exams and project Thesis defence, hence the need for her to be in school even at the risk of the floods.

Many pedestrians were still stranded at the flood-ravaged Okobe axis of the East-West Road while trucks and drivers of heavy-duty vehicles were making brisk business faring passengers across the troubled spots for as high as three thousand naira from Mbiama to Choba and a thousand naira to cross the troubled one kilometre stretch of the East-West Road which is threatening to cave in as the ravaging flood increased its waters and heavy current flow.