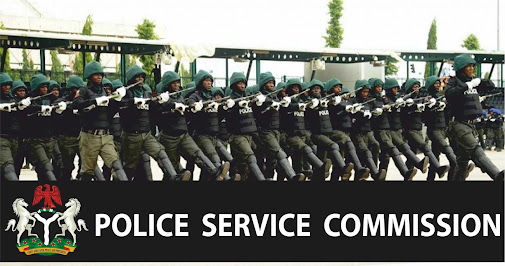 Seven senior police officers have been dismissed by the Police Service Commission (PSC), over gross misconduct.

The reduction in rank of ten (10) other officers was also approved by the commission.

The meeting presided over by Justice Clara Ogunbiyi, its acting chairman, took the decisions during the continuation of the 15th plenary meeting of the Commission.

The meeting which is expected to end on Thursday, October 6th, 2022, considered all the Pending Disciplinary Matters (PDM) before the Commission.

It stated that the panel treated other appeals from dismissed Police Officers.

Ikechukwu Ani, the spokesman of the commission, while addressing newsmen shortly after the meeting in Abuja, explained that the dismissed officers include: 1 CSP, 1 SP and 5 ASPs.

He said the Commission reduced the ranks of 1 CSP to SP, 3 SPs to DSP, and 2 DSPs to ASPs while one SP was also retired in the public interest.

He explained that 4 ASPs were reduced to the ranks of Inspectors by the Commission, stressing that 10 senior Police Officers, including an ACP, a CSP, an SP and 2 DSPs were given the punishment of severe reprimand.

He said, “Five ASPs were also awarded the punishment of severe reprimand.”

The spokesman added that 13 officers received the punishment of reprimand; 2 are to receive letters of warning while 4 officers were exonerated from all accusations.

He quoted Justice Ogunbiyi as saying the Commission would henceforth give the desired attention to Pending Disciplinary Matters to punish immediately those found guilty and those not found guilty cleared to continue with their career progression.