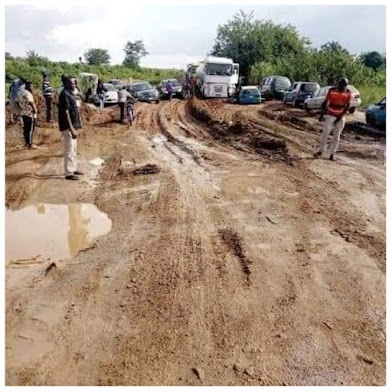 The Nigeria Union of Journalists, NUJ, Ondo State Council, has described the continuous neglect of Akure-Ado Ekiti road as unfortunate.

In a statement following its monthly meeting in Akure, which was presided over by NUJ state chairman Leke Adegbite, the union said it is extremely embarrassing that the road is in such bad

In a communique, the NUJ urged the federal government and the state governments of Ondo and Ekiti to put an immediate and permanent end to the suffering of people on the roads.

However, the union applauded the state administration for continuing to patch potholes on the state capital’s roads.

The collapsed Adebowale junction-Apomu road was also urged to be fixed, and the Ministry of Infrastructure, Lands and Housing was beseeched to hurry up with the construction of the Akure-Oda route.

In light of the economic advantages of the Oda and Aponmu roads, the NUJ urged the government to step up efforts right after the rainy season.

In order to minimize floods, the union urged the State Ministry of Environment and 18 Local Government Authorities to clear the state’s major cities’ drainage systems and rivers, including Akure.