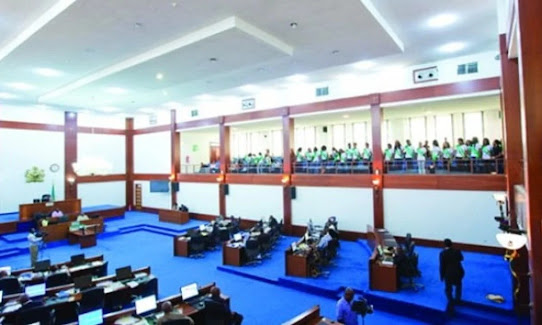 The Rivers State House of Assembly has screened and confirmed 18 commissioner designates.

The names were forwarded to the House by Governor Nyesom Wike on Monday.

The nominees were subsequently asked to appear before the House on Tuesday for screening.

The nominees include a former spokesman of the All Progressives Congress in Rivers state Chris Finebone, who recently defected to the Peoples Democratic Party.

Speaking after the screening exercise, the Speaker of the House, Ikuyi Ibani, called for vote by the lawmakers who unanimously voted for the confirmation of all the nominees.

Some of the nominees including a former federal lawmaker, Jacobson Nbina and former members of state executive council were asked to take a bow and go.

Speaking to journalists after his confirmation, former APC spokesman Finebone promised to work for the interest of the state government.