Tension in Taraba over killings as residents, Fulani trade words 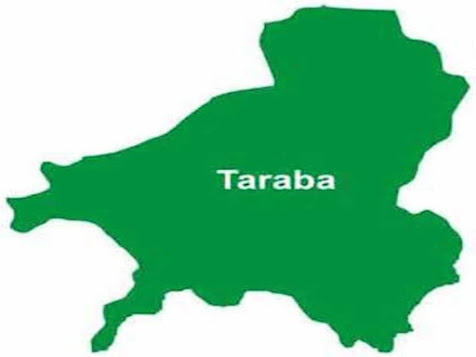 Controversies continue to rage over the recent killings in Taraba State leading to tension between the community and the state chapter of the Fulani socio-cultural association, Tabbital Pulaku International.

At least 12 persons were killed on October 2, 2022, by vigilante groups in Zudai village, near Dogon-Ruwa community in Bali Local Government Area of Taraba State. While members of the community alleged that the victims were bandits, the Fulani socio-cultural association countered that they were innocent of the crimes that led to the termination of their lives by local vigilante groups.

Bello Ahmed Belal, chairman of Tabbital Pulaku International in Taraba State, who avowed that “a particular tribe was targeted” further stated that “the vigilante group went after our people in the name of killing bandits.”

While noting that “there are bad people in all tribes” Belal affirmed: “It is wrong to go to homes and kill some people because their tribal persons are involved in banditry.”

He suggested that the so-called kidnappers should have been identified instead of the vigilante going “after anybody related to them.”

The State Police Command, it would be recalled, had also earlier declared that the victims were not bandits as alleged in some quarters.

However, residents of the community on Wednesday, October 13, 2022, rallied to make a public declaration and insisted that those killed by the vigilantes were bandits and not innocent people. The public declaration was spearheaded by the trio of Mallam Hansi, Evangelist Jocob Ali and Wakili Sani Anema. The community in its statements affirmed that the operation that led to the killing of the “bandits” was a “coordinated effort to liberate the communities in the area from the hands of bandits.”

According to them, some kidnapped victims were rescued at the scene of the tussle between the vigilante and the bandits.

The residents further insisted that they stand on what they described “as the true picture of what took place in the council” and therefore urged security agencies to capitalize on the efforts of the vigilante groups by assisting in making their community and its surroundings safe and inhabitable for bandits and kidnappers.

Similarly, the council caretaker chairman, Micah Danbaba Dakka, had also earlier affirmed that the victims were bandits who had terrorised communities in both Bali and Gassol local government areas of the state.

The residents went ahead to list members of the community who have been victims of kidnapping including the village head of Dadin Kowa, Abdul’aziz Yunusa. Others mentioned were Amos Yonana, Alhaji Dauda Bappa Isa, and Malam Manu, the Chief Imam of Dadin Kowa.