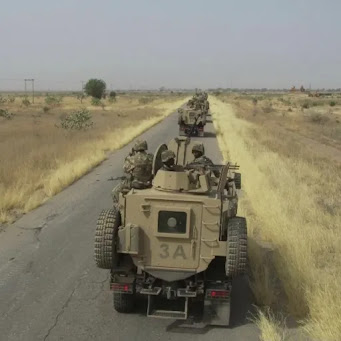 More than 30 terrorists have been killed in Nigerian military airstrikes in Zamfara State.

Those neutralized were fighters of Halilu, a notorious bandit in the North-West.

The high-profile arms trafficker supplies weapons and ammunition to terror groups in Zamfara and Katsina States.

He operates around Sububu, Anka (Bayan Daji) and Bayan Ruwa axis in Zamfara.

Halilu’s camp was bombarded at the weekend by a Nigerian Air Force (NAF) fighter jet.

Intelligence revealed that his footsoldiers had gathered at a logistics base in Maradun Local Government Area.

The location is where guns, ammunition, vehicles, motorcycles, and cash used for operations are kept.

“The Battle Damage Assessment revealed the meeting location and the logistic base to be destroyed”, a military source told PRNigeria.

“Feedback from locals confirmed that several terrorists were eliminated, though it remains uncertain if Halilu was also killed.”

The officer added that pilots observed a huge fireball after the strike, an indication that an inflammable substance was stored at the camp.