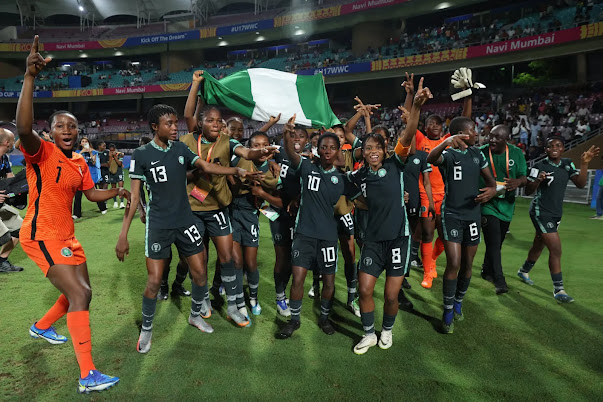 The Labour Party on Friday claimed that Nigeria’s Under 17 team, popularly known as Flamingos are supporters of its presidential candidate, Mr Peter Obi.

Recall that the under-17 girls qualified for the semi-finals of this year’s U-17 women’s World Cup, after beating the USA on penalties in Friday’s quarter-finals.

In a viral video, the girls were heard chanting Obi while celebrating their victory against the USA.

The Labour Party took to its official Twitter handle to claim that the Flamingos are supporters of Peter Obi.

Sharing a video of the girls, LP wrote, “Nigeria under 17 girls are all OBIdients”.

“Watch them chant Peter Obi’s name after today’s victory against the USA in the women’s world cup quarter-finals. Peter Obi is coming”.