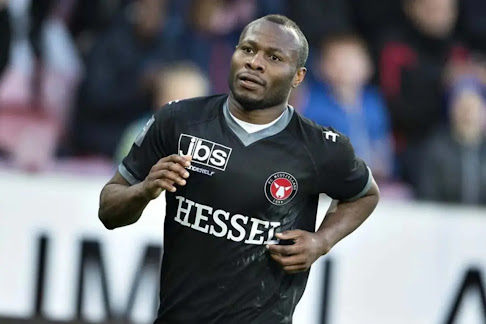 The 32-year-old joined the Highlanders on a free transfer.

The striker, who has played a majority of his professional career in Russia once featured for Ufa and Dynamo Moscow.

The player, who is known for his blistering speed has been capped six times by Nigeria.

NorthEast United is based in Guwahati, Assam and played their home matches at the 25,000 seater Indira Gandhi Athletic Stadium.