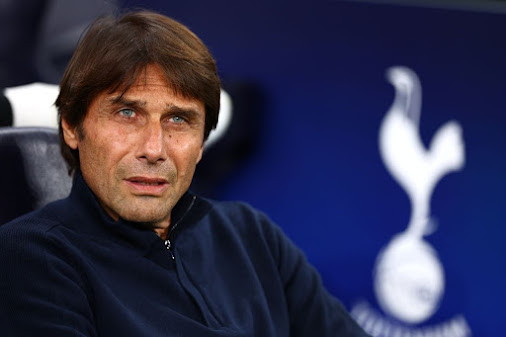 Tottenham boss, Antonio Conte has slammed the video assistant referee after his side were denied a late winner against Sporting Lisbon in the Champions League on Wednesday.

According to Conte, VAR did a lot of damage during the game.

Tottenham striker, captain Harry Kane thought he had won the game for the home side when he swept home Emerson Royal’s knockdown in the last minute of injury-time.

But after a very long review of actions preceding the goal, VAR ruled that the England captain scored from an offside position and the goal was ruled out.

Speaking after the match, a dejected Conte told BT Sport, “I think the ball was in front of Kane and the goal is a goal. Yeah. I don’t understand the line they put. It is very difficult to comment on this decision.

“VAR is doing a lot of damage. I want to see if in another stadium of a big team if they are ready to disallow this type of goal. I’d like to know this.

“A lot of injustice. I don’t like this type of situation. I see no positive things.”