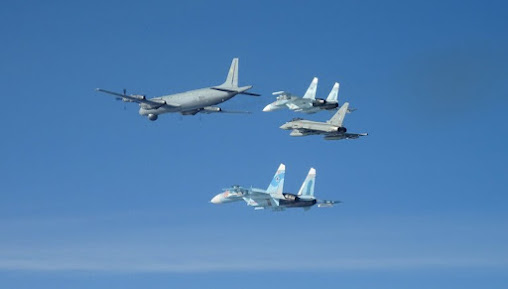 The United States military says its two Air Force warplanes have intercepted a pair of Russian bombers flying in international airspace near Alaska.

The incident is coming at a fraught period in American-Russian relations.

Recall that the US has actively supported Ukraine with humanitarian and military aid in its war against Russia.

In addition to providing armament to Ukraine, the Biden administration has hit Moscow and Russian oligarchs with sanctions.

“They were intercepted by a pair of F-16 fighter jets”.