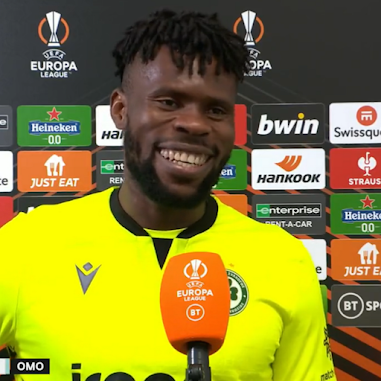 Super Eagles goalkeeper Francis Uzoho has been nominated for the UEFA Europa League Player of the Week and Save of the Day awards.

Uzoho was in outstanding form in Omonia Nicosia’s 1-0 defeat to Manchester United at Old Trafford on Thursday night.

The 23-year-old made 11 saves and only conceded in the 93rd minute.

It was only his second appearance in the competition for the Cypriot club this season.

The Nigerian will battle Vitor Oliveira, Joey Veerman, and William Boving for the Player of the Week award.

He is the running for the Save of the Day award along with Ugurcan Cakir, Kenan Piric, and Jorg Siebenhadhl.