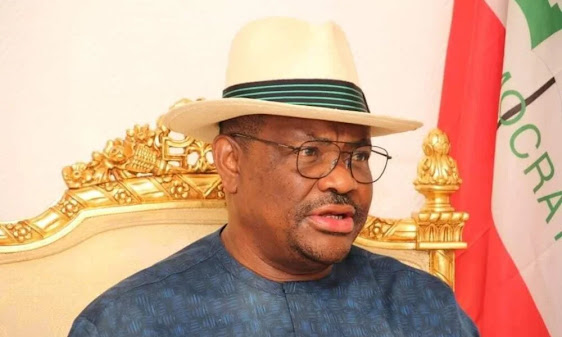 He argued that Wike is not performing anti-PDP activities by publicly donating to Sanwo-Olu’s campaign fund.

Lebo was a guest on Let’s Talk Nigeria, a flagship discussion programme on Sparkling FM radio Calabar on Monday morning.

He said Sanwo-Olu, an All Progressives Congress (APC) governorship candidate in Lagos, has been Wike’s longtime friend beyond politics, arguing that Wike likes to sustain friendships.

“Wike is also supporting PDP in Cross River State because he is duty bound to ensure that PDP regains the state next.”

He debunked the notion spread by APC stakeholders in the state that Wike wants to take over the state by his support.

It would be recalled that two weeks ago, Wike again extended hefty financial support to leaders of the party when they called on him at his private residence. He also sent 25 buses for their political campaigns.

According to Lebo, who is a former Speaker of Cross River State House of Assembly, the ongoing crisis bedeviling the party as a result of Wike’s call for resignation of national chairman of the PDP for a southerner was a normal and expected political brickbat which is necessary at these times.

He disagreed that the lingering bitter issues which tend to polarise the party and which have forced Wike to stay away from Atiku’s campaign activities, could affect its political fortunes or force out some governors who are sympathetic to Wike.

The former speaker further disagreed that the PDP Presidential candidate, former Vice President Atiku was playing tribal card when he spoke last week in Kano, urging electorate not to vote for southern candidates.

“He was speaking to his kinsmen even though he did not speak in his native language in order to arrest their interest in him which is natural and which any other candidate would do in order not to lose votes from his ‘home’..

“Atiku was merely marketing himself within his brother ecosystem. We all know that political victory is necessarily determined on regional power system.”