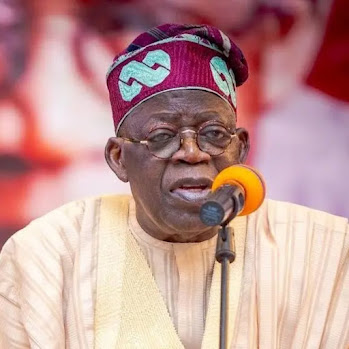 The All Progressives Congress (APC) in Kano State is facing a fresh crisis that is threatening the presidential candidate of the party, Bola Tinubu.

This time, there is sharp disagreement between some members of the House of Representatives, led by the Majority Leader, Ado Doguwa, and the Deputy Gubernatorial candidate of the party, Muritala Garo.

Saga Gist recalls that during the week, Garo had alleged that he was assaulted by the majority leader, who he claimed disrupted an ongoing meeting by some stakeholders in the State.

However, Doguwa had also countered the claim, stating that Garo is leading the capturing of the State apparatus and excluding members of the National Assembly.

According to people familiar with the matter, the deputy governorship candidate, who is from a famous Garo Family, was the commissioner for local government and chieftaincy affairs, a position that allowed him to amass considerable power in the State. He is also reported to be married to the daughter of Atiku Abubakar.

Garo also indicated interest to contest for the governorship election, however, Governor Umar Ganduje settled for Nasiru Gawuna. To appeal to the young Garo, he was offered the running mate slot.

On the other hand, Doguwa has been in the House of Representatives since 2003 and he is one of the lawmakers expected to indicate interest in the speakership of the 10th Assembly if he is elected.

This latest row may indicate a major problem in the party considering that Doguwa won the 2019 elections after a rerun, and he faces the battle to return to the House.

It would be recalled that during the primaries, the Kano APC almost collapsed due to an internal crisis that led to several politicians decamping to the NNPP. To stem the flow, Ganduje suspended his senatorial ambition by allowing two senators from the State to return during the primaries.

However, the crisis in the State appears to have returned, and both Atiku and Rabiu Kwankwaso are waiting to pick from the fallout from the crisis.

For years, Kano State remained the largest voting State, and the votes from the State have decided the outcome of several presidential elections. In 2019, Buhari won Kano State with 1,464,768 (78.9 percent) of the total votes cast to beat Atiku, who polled 391,593 votes.

With Buhari out of the picture, Kwankwaso and his NNPP is one of the favourites in the State, alongside Mr Atiku of the PDP.

For months, Tinubu has prioritised the State ahead of the elections. Aside from Lagos and Abuja, Tinubu has spent more time in Kano than any other State since he declared to run for president.

In his timetable for campaign activities, he is going to have two rallies in Kano State, one in January and another before the grand finale in Lagos State.

During a press briefing on Thursday at the National Assembly, Doguwa said despite the side talks, Rabiu Kwankwaso remains powerful in the State, adding that APC will lose the State if the crisis is allowed to linger.

“Before becoming the running mate, he (Garo) was the commissioner for local government and chieftaincy affairs. I am sure you journalists know what we call those ministries in the State. We call them the ministry of petroleum resources. This is someone that got the opportunity to serve in a ministry that has a stupendous amount of money.

“His last wife now is the daughter of Atiku Abubakar. When he was not given the ticket, I visited him, and he told me that since you have messed me up, I will rather become an inlaw to the president than a deputy governor who will make me just like a messenger. He has no interest to work for the APC, he is working to become an in-law to the next president,” he said.

Doguwa in the press briefing also praised Kwankwaso, stating that he would be ready to reconcile with the former governor of the State if he is willing to reach out to him.

He explained that his grievance with Kwankwaso is a personal one, not political. He stated that a single phone call from the ex-governor will resolve the crisis between the duo.

Doguwa stressed that if the leadership of the party is not ready to intervene, APC should forget Kano.

For Tinubu, the bickering between Messrs Doguwa and Garo could cost the party the 5,927,565 votes in the State.