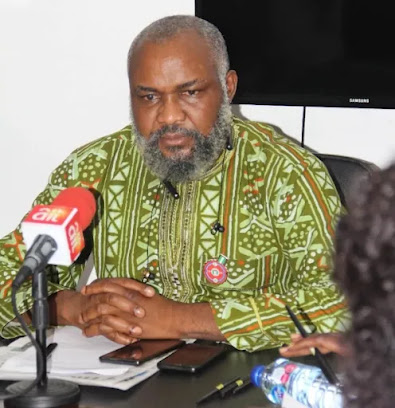 Human Rights Writers Association of Nigeria, HURIWA, on Monday, insisted on the need for the Independent National Electoral Commission (INEC) to deploy the Bimodal Voter Registration System (BVAS) for the 2023 elections.

HURIWA’s National Coordinator, Comrade Emmanuel Onwubiko, in a statement, also pushed for the establishment of a Electoral Offences Commission so that rogue politicians and compromised electoral referees will be punished and not allowed to jeopardise the next general elections.

The group said it is amazing how desperate politicians approach the Imo State High Court to get a restraining order to stop the deployment of BVAS by INEC in next year’s elections.

According to the group, next year’s general elections is a game-changer and a game over to politicians who have perfected the art and the act of rigging elections and perpetuate themselves in office like Methuselah.

Stipulated in the Electoral Act of 2022, BVAS is a technological system which allows for accreditation of voters through biometrics capturing, uploading of results online, amongst others.

It has been described by many as an upgrade of the smartcard reader used in the last general elections which achieved some results in the country’s electoral process.

Last month, opposition political parties in Nigeria under the aegis of the Coalition of United Political Parties raised the alarm over an alleged plot to truncate the 2023 elections by politicians who oppose the use of BVAS. However, INEC Chairman, Mahmood Yakubu has insisted that the commission is determined to deploy the BVAS technology for the conduct of a free, fair, credible and transparent election.

Commenting, HURIWA’s Onwubiko said, “INEC must be resolute in the deployment of the BVAS for the electronic transmission of results of elections in Nigeria come 2023. Next year’s elections are crucial for Nigeria’s continued existence and the best man, the true representative of the people, should emerge through the ballot.

“The 2023 elections must never be allowed to be jeopardised by rogue politicians desperate to perpetuate themselves in power or for politicians so greedy that they think it is their turn to be the President of Nigeria and so they are prepared to use criminal means to manipulate the election. Nigerians must remain eternally vigilant.

“HURIWA also calls for the speedy passage and signing into law of the National Electoral Offences Commission to demonstrate that election-riggers will be dealt with, as argued by INEC chairman who said the work on the country’s electoral process would remain incomplete if electoral offenders continue to walk freely.

HURIWA believers that election offenders are as horrible as terrorists and economic saboteurs and so must be decisively dealt with by an unambiguously created independent commission backed up by an enabling Act but this commission must not be overstaffed or turned into job opportunities for political thugs but the commission’s staff strength should be pegged at 50 with the most competent Nigerians recruited to run it.