2023: I’ll work with NASS to give more powers, resources to states, LGAs – Atiku 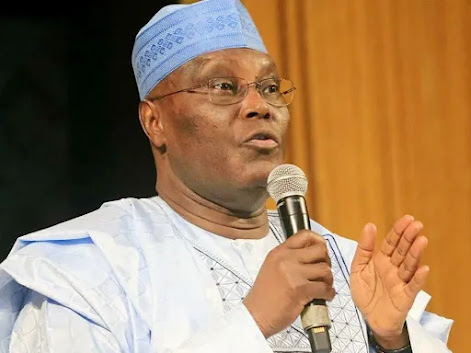 The presidential candidate of the Peoples Democratic Party (PDP), former Vice President Atiku Abubakar, said if elected in 2023, he will work with the National Assembly (NASS) on constitutional amendments to give more powers and resources to state and local governments.

He explained that his agenda for restructuring is to ensure that the government becomes more efficient.

Atiku, according to a statement by his media adviser, Paul Ibe, Tuesday made the remark at the 24th Lecture Series of the Lagos Business School in Lagos.

“To this end, Atiku said that he would encourage the National Assembly and State Houses of Assembly to come up with constitutional amendments that will give more powers and resources to state and local governments,” he stated.

He expressed confidence in the state and local government and urged that the private sector should be given more role in the economy.

He started, “As Vice President of the Federal Republic of Nigeria between 1999 to 2007, I headed the economic team that implemented fundamental economic reforms, including the design and implementation of a private sector revival strategy.

“We focused on macro-economic stability and transforming critical areas such as banking, insurance, oil and gas, telecommunications, pension, and the civil service.

“We created novel institutions for laying the foundation for good governance and accountability, such as the Bureau of Public Procurement, Economic and Financial Crimes Commission, and SERVICOM.

“With many years in the private sector, I have a deep understanding of our economy and its challenges.”

The PDP presidential flag bearer said he has first-hand experience of what the private sector needs, and I also have experience in governance.

“The PDP economic reforms recorded significant achievements between 1999 and 2015. Now, you have seen the impact of the people that took over from us. Nigerians can pick between the two,” he added.