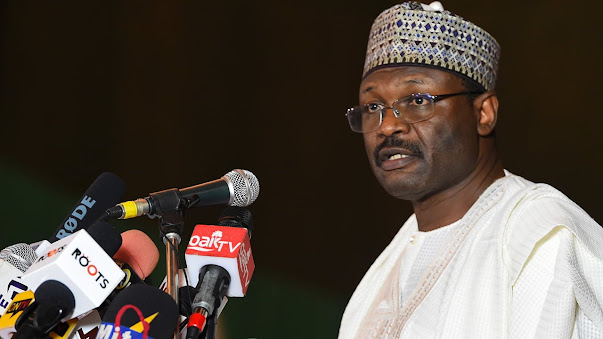 Ahead of the 2023 general elections, the Independent National Electoral Commission (INEC), on Thursday, prohibited Resident Electoral Commissioners (RECs) from paying visits to government houses and meeting politicians in their States of assignments.

INEC Chairman, Mahmood Yakubu, who gave the order in his remarks at the swearing-in ceremony of 19 RECs in Abuja, yesterday, charged the electoral officials to be responsible.

Mahmood also reiterated his commitment to ensure free and fair elections in the 2023 polls, pledging that the commission will not disappoint Nigerians.

According to him, the electorate via their votes would determine winners for the elections, reiterating that its loyalty and allegiance would be to the country and its citizens.

While directing the RECs on their responsibility ahead of the election, Mahmood urged them to abide by the law and regulations of the commission.

Directing the RECs, Yakubu said: “As you are deployed to various states of the federation, you will be responsible for human and material resources. Work with the staff and be guided by the provisions of the law and our various regulations and guidelines.

“You should not be visitors to Government Houses and must never hold unofficial meetings with politicians, even after official working hours.

“All matters pertaining to official responsibilities should be conducted in the office attended by the relevant staff and the issues must be properly documented.”

Saga Gist reports that exactly 113 days from now, Nigerians would decide their new leaders in both the States and the federal level.