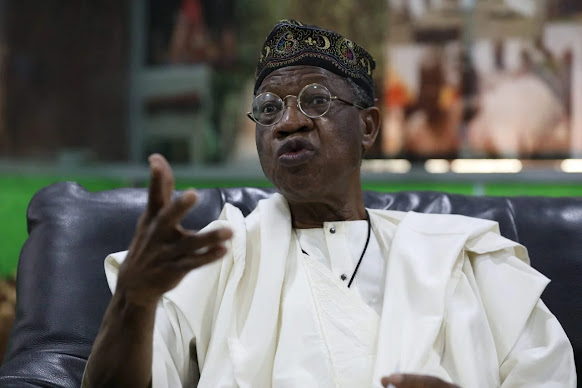 Lai Mohammed has slammed critics of the President Muhammadu Buhari administration and the claim that All Progressives Congress, APC, has nothing to campaign with.

The Minister of Information and Culture lampooned the government’s critics in his opening address at the 2nd edition of PMB Administration Scorecard 2015-2023′ series.

The series was launched last month to showcase the achievements of President Buhari Administration.

The second edition was about the achievements of Buhari in the area of Transportation.

“I want to address what I will call an absurdity that is being bandied about by the opposition, that the Buhari Administration has nothing to campaign with, in the run-up to the 2023 general elections.

“It’s a cruel irony that the party that presided over the affairs of this great country in a time of plenty but could not complete a single modern rail line, is the one accusing an Administration that has completed at least three standard gauge rail lines of lacking in achievements.

“Indeed, the Buhari Administration is spoilt for choice in celebrating its achievements.”

Some of the achievements listed by the Minister include the completion of the Abuja-Kaduna, the Lagos-Ibadan and Itakpe-Warri Standard Gauge Rail-lines and the commissioning of brand new airport terminals in Abuja, Lagos and Port Harcourt.

Mohammed pointed out that the current administration has also completed housing projects in 35 states, constructed or is constructing road projects in every state in the country.

He said the country no longer depends on imported rice to feed its citizens following the Anchor Borrowers’ Programme.

According to him, Nigeria now has over 50 rice mills across the country against the 15 standard rice mills the administration met in 2015.

He said the Buhari administration has continued to feed over 9.8 million school children across the 36 states and Federal Capital Territory through its National Social Investment Programme.

The Minister said the administration has empowered over 1 million youths while another 500,000 are undergoing training under the N-Power.

He also mentioned the conditional cash transfer, which, according to him, has over 1,632,480 households enrolled on it

“We are proud of the Integrated National Security and Waterways Protection Infrastructure (also known as Deep Blue Asset), aimed at managing, controlling and protecting Nigerian waterways towards the advancement of coastal prosperity. I can go on and on,” the minister said.

“They are quick to point to economic indices like the Naira.