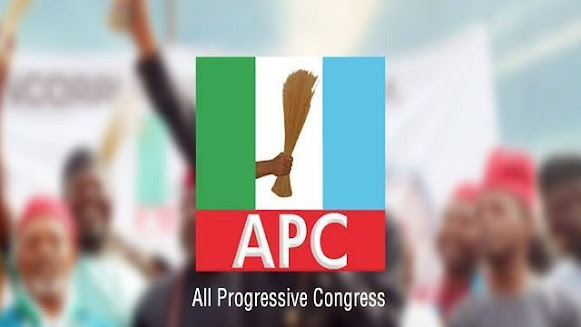 The Imo State chapter of the All Progressives Congress, APC, on Monday, said the Peoples Democratic Party, PDP, stands no chance to defeat the APC in the State and the entire Nigeria in the 2023 general elections.

The ruling APC said a political party that is manifestly incapable of organizing and uniting its membership in Imo in particular and Nigeria in general, “has no chance to govern our people here in the State and Nigeria at large come 2023.”

APC stated this in a statement signed by Cajetan Duke, the party’s State Publicity Secretary in Owerri, Imo State capital.

The release reads,” What is even more disturbing and a serious call for concern to all well-meaning Imolites is the reintroduction of political intolerance, brigandage and do or die politics into our democratic process by the opposition PDP – a situation that is capable of undermining the security, peace and stability of our dear state.

“It is, however, regrettable to note that Imo PDP and its leadership as presently constituted in their inordinate and reprehensible quest for power has lost the sense of value for public order, sanity and human life, hence the elevation of political thuggery to a popular route for the acquisition of political and public office.

“Imo State chapter of the All Progressives Congress, APC, led by Hon MacDonald Kelechi Ebere has observed with dismay efforts of the opposition Peoples Democratic Party (PDP) to institutionalize political violence, thuggery and brigandage in the State ahead of the forthcoming general election and therefore feels constrained to alert Imo people and equally caution the erring PDP about the futility of the step it is taking and the obvious damaging consequences.

“Indeed, this warning to Imo PDP became necessary following the unpleasant and undemocratic disruption of the party’s scheduled presidential campaign council inauguration at its State Secretariat along Okigwe Road, Owerri by gunmen allegedly hired by prominent but seemingly aggrieved leaders of the party.

“While the identity of the sponsor (s) of the hoodlums is not yet clear, it has been a rain of allegations and counter allegations by the Ihedioha-led faction of the party on one hand and those loyal to the Ikeduru-born National Secretary of the party on the other hand.

“It was gathered that leaders of the PDP in a desperate fight against themselves, invaded the venue for the inauguration of the State presidential campaign council with armed thugs, leaving party men and women to scamper for their safety with various degree of injuries.

“What has become worrisome to Imo APC is the tendency with which the opposition PDP unleashes terror and mayhem on its members.

“One then wonders what will be in the offing for the none members of the PDP in Imo as we approach the 2023 general election.

“We hereby call on the Independent National Electoral Commission (INEC), Nigeria Police Force and all relevant security agencies, as well as all concerned stakeholders to keep an eye on the activities of the opposition PDP in the State as we walk towards the 2023 elections.”