2023: PDP raises alarm over APC plan to pull down Atiku billboards in Plateau 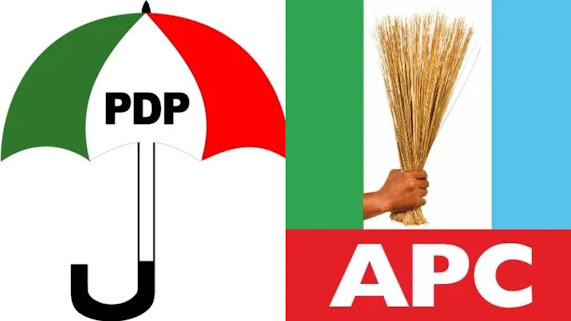 The Peoples Democratic Party (PDP) in Plateau State has raised alarm over a plan by the ruling All Progressives Congress (APC) to recruit thugs and pull down billboards and flags of Atiku/Mutfwang campaign in the state ahead of the flag-off of the Tinubu/Shettima Presidential Campaign in Jos, the state capital.

The PDP on Wednesday in a press statement signed by Mangna Yusuf Wamyil alleged that the APC is mobilizing thugs to remove all PDP billboards in the state to give the impression that Plateau is an APC state.

The statement reads: “Information available to us indicates that the Plateau State chapter of the All Progressives Congress, APC, are mobilizing political thugs to remove billboards and campaign materials belonging to the Peoples Democratic Party, PDP, within Jos metropolis and the state at large.

“The premeditated act of violence, we understand, is intended to deceive the APC presidential candidate, Alhaji Bola Ahmed Tinubu, and his running mate, Alhaji Kashim Shettima, into believing that Plateau State belongs to the APC, when the duo and their supporters arrive Jos for the flag-off of their campaigns next week, on November 15.”

The statement drew the attention of the Independent National Electoral Commission, INEC and security agencies in the state to prevail on the APC to desist forthwith from such action.

“We also want to use this medium to call on the Department of State Services, DSS, Nigeria Police Force, Nigeria Security and Civil Defence Corps, NSCDC, Operation Safe Haven, and indeed all security formations in Plateau State, to investigate this early warning notification, and stop the APC from going through with the planned show of violence, political rascality and intolerance,” it stated.

The statement further avowed: “We believe that the ongoing mobilization of political thugs to wreak havoc on our campaign materials and infrastructure is one of the desperate moves the APC intends to use to demonstrate their hallucinatory dominance in Plateau State.

“Consequently, we are calling on INEC, security agencies, and indeed all stakeholders in the electoral process to prevail on the APC to be law-abiding, and to stop the fire before it grows to a raging inferno that would engulf the whole state.”