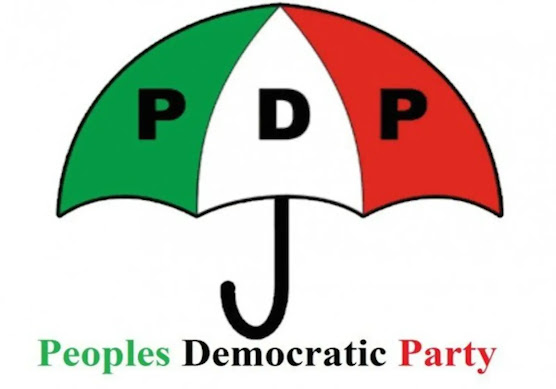 Members of the Peoples Democratic Party (PDP) in Oyo State are currently in a state of confusion over who to vote for in the 2023 presidential election.

The development is owing to a clash of interest among the party leaders in the State.

The confusion is coming at a time the G-5 Governors, including the Oyo State Governor, Seyi Makinde are moving round the country galvanising support against Atiuku Abubakar, the presidential candidate of the PDP.

Saga Gist reports that a former Vice President, Atiku, emerged as the presidential candidate of the party. Atiku, a native of Adamawa is married to a Yoruba woman, Mrs. Titi Abubakar Atiku, who hails from Ilesa in the present day Osun State.

Saga Gist recalls that Atiku had made several unsuccessful attempts to be the president of Nigeria since the beginning of the present democratic system in 1999.

He ran for the office of president of Nigeria in 2007 and 2019 respectively.

Atiku returned to his former political party, PDP, before the 2019 election.

The former Vice President secured the PDP ticket and emerged as the presidential candidate in 2019, even though he lost the election to President Muhammadu Buhari.

The former Vice President, who served during the tenure of Chief Olusegun Obasanjo between 1999 and 2007, has again thrown his halt into the ring.

Atiku secured the PDP ticket after he defeated his rivals such as Governor Nyesom Wike of Rivers State, Bala Muhammad of Bauchi, former Senate President, Dr. Bukola Saraki and a host of others.

The choice of Atiku as the PDP presidential candidate has attracted different reactions from prominent leaders of the party in Oyo State.

Some of the leaders of the party, among whom are Governor Seyi Makinde, have expressed their displeasure over the choice of Atiku.

Makinde is one of the PDP governors who are not comfortable with the choice of Atiku.

The PDP governors, who operate under the umbrella of G5 are: Nyesom Wike of Rivers State, Okezie Ikpeazu of Abia State, Samuel Ortom of Benue State, Ifeanyi Ugwuanyi of Enugu State and Seyi Makinde of Oyo State.

Makinde while speaking at the South-West PDP stakeholders’ interactive session with Atiku in attendance said that the national chairman of the party, Senator Iyorchia Ayu must resign before he can support Atiku.

Some of those present at the gathering where Makinde made the request included the Vice presidential candidate, Senator Okowa, Governor Aminu Waziri Tambuwal and Osun State governor elect, Senator Ademola Adeleke.

Makinde maintained that Ayu must step down.

He said that it was unfair for the presidential candidate and the chairman of the party to come from the same region.

Makinde said, “What we will do here is to speak the truth to ourselves. Yes, others have spoken here about the positive side of things but we do have challenges and issues to address in our party. But one good thing is, we have the capacity to address those issues.

“Of course, I have seen people abuse me on social media, saying this issue is about Wike, Makinde, Ortom and Ugwuanyi, but the truth is we don’t have any issue either with our party or our presidential candidate.

“If there are challenges, we must bring them on the table so that we can address them to ensure that our journey is smooth and we can get to our destination. So, this is not about individuals”.

But, an investigation from the various political zones across the 33 local government areas of the State revealed that some leaders of PDP are not comfortable with the position of the State governor, Seyi Makinde.

Some of them insisted that they will follow Atiku and that they were ready to mobilise support for him.

They said it would be better for them to work for Atiku instead of working for candidates from other political parties.

One of the leaders of the party in the State, who has decided to go against the decision of the governor is a former minister of Mines and Steel Development, Elder Wole Oyelese.

Oyelese, who spoke recently during a meeting of the party in Ibadan, the State capital, said that he and other PDP leaders would work for Atiku.

The former minister explained that a good politician will not speak the way Makinde spoke.

Oyelese while speaking further said that Makinde is on his own.

He described his action as an empty threat.

Oyelese said, “A good politician would not speak like that. For Makinde to say he would not work for Atiku doesn’t mean anything. He is on his own. It is an empty threat. If he said we should not vote for Atiku, who are we voting for?

“My advice for any politician who wants to win in oyo state is to come to the mainstream. Mainstream is the leadership of the party in the State.”

Another leader of the party, Engineer Femi Babalola, said the governor is also guilty of the points he raised against Atiku.

Babalola, who hails from AFIJIO Local Government Area in Oyo geo-political zone alleged that Makinde did not distribute positions equitably in the State.

He insisted that it would be wrong for Makinde to accuse Atiku of what he is also guilty of.

Babalola said, “He that comes to equity must come with clean hands. As an Engineer, I analyse issues. The first question I asked myself was, is it good for a northerner to take over from a northerner? And another question is that is it good for an Ibadan man to take over from an Ibadan man that spent eight years? So, for Makinde that benefited from such, why is he now antagonising another person? He didn’t see anything that is wrong in that but when it is Atiku, it is wrong.

“Also, did he distributed key positions equitably, key positions were appointed from governor’s local government, Ibadan North East, the Secretary to the State Government (SSG), the Commissioner for Finance, Commissioner for local government and the only PDP Senator in Oyo are all from Ibadan North East. He is now speaking with equity, that should not come from him”.

A PDP group led by a former Minister of State for Federal Capital Territory (FCT), Oloye Jumoke Akinjide has also pledged to support Atiku against the wish of the governor.

The group in a statement, enjoined members of the party to ignore the threat of the G5 governors, noting that they have confidence in Atiku.

The group explained that Atiku is the most qualified leader to rescue the country.

“We give our wholehearted and unshakeable resolve and commitment to support the Presidential Candidate of our Party, the PDP, Alhaji Atiku Abubakar, and indeed, all other PDP candidates during the upcoming 2023 general elections.

“We are confident that Atiku Abubakar is the best qualified leader to rescue, reform and restore Nigeria to greatness.

“It is totally unacceptable and demeaning to reduce the Oyo State Anthem in the service of mere partisan politics”.

These clashes had put members of PDP in the State in a tight corner over who to support.

A cross section of those who spoke explained that various reactions and comments, arguments and counter-arguments from major stakeholders within the party over the choice of Atiku is a source of confusion for them.

But, a chieftain of the party in Ido Local Government Area in Oyo South senatorial district, Hon. Damola Nureni, who spoke on Wednesday, insisted that he and other PDP members in Ido cannot support any other person apart from Atiku.

Nureni, in a telephone conversation, said that they cannot go against the presidential candidate of the party.

He said, “Here in Ido Local Government Area, we do not have any other presidential candidate apart from Atiku. We will support Atiku.