2023 presidency: Peter Obi ‘opens up on offering Kwankwaso N40bn to step down’ 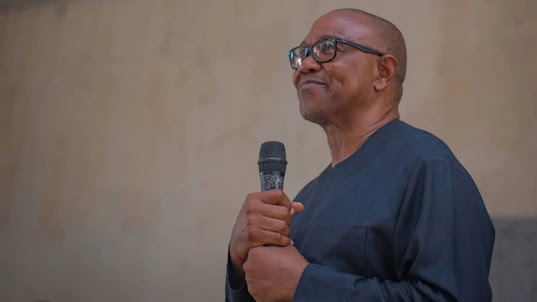 The presidential candidate of the Labour Party, LP, Peter Obi on Monday denied reports that he offered N40 billion to his New Nigeria Peoples Party, NNPP counterpart, Alhaji Rabiu Kwankwaso to step down for him.

The former Anambra governor cleared the air on Monday during an interactive session with the Nigerian Guild of Editors, NGE, which was held in Lekki, Lagos State.

He said: “I never knowingly or unknowingly offered anybody money to become president. In all my talks with Kwankwaso, I never offered him any money.”

Saga Gist reports that there has been speculation that the Labour Party had offered N40 billion to Kwankwaso to step down for Obi.

Recall that the Director-General of the Labour Party (LP) Presidential Campaign Council Doyin Okupe had on November 5, announced that the party was in talk with Kwakwaso and other stakeholders of the NNPP for possible alliance.

Okupe’s assertion fueled the speculation that Kwankwaso was offered money to step down.

However, the former Kano State Governor, said in Lagos at the weekend that he was contesting to win, stressing that he is stepping down for nobody.