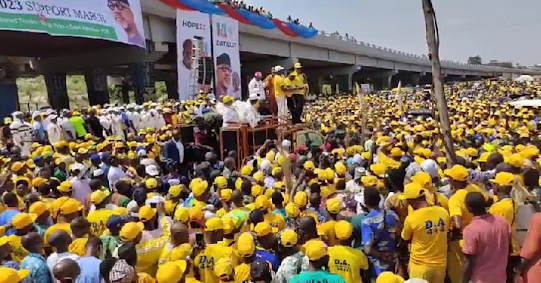 Major roads in Abeokuta, the Ogun State capital, were on Tuesday blocked as members of the All Progressives Congress (APC) staged a solidarity walk for the presidential candidate of the party, Bola Tinubu and Governor Dapo Abiodun, who is seeking reelection.

The walk also caused heavy traffic gridlock in other parts of the State capital where roads were not totally closed.

Our correspondent reports that traffic regulators, including the Traffic Compliance and Enforcement Corps (TRACE) had a hectic moment managing the situation.

Also, security agents were on standby to avoid any outbreak of law and order, even as many could not have access to their places of work.

Hundreds of Abiodun loyalists had thronged the state capital to march for Tinubu and the governor, begging Ogun people to vote for the APC. 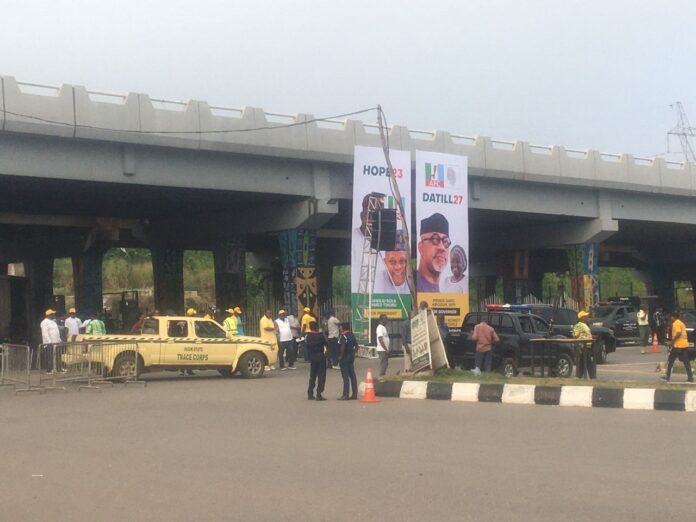 From Kuto, the party faithful moved through Okelewo down Ibara Under Bridge, Sapon, Iyana Mortuary and returned to NNPC junction.

At the NNPC junction, right in front of the secretariat of the Peoples Democratic Party (PDP), the APC members were addressed by Abiodun, who appreciated them for standing with Tinubu and the party.

Also speaking about the march, the Deputy Governor, Noimot Salako-Oyedele, said: “I walked 8.56k in about 110mins for BAT & DA, and myself of course.”