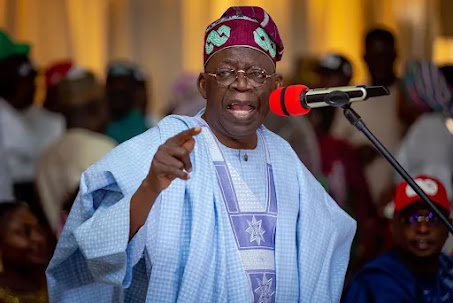 As the 2023 presidential election draws close, students across the South West region of the country have indicated they are putting up plans to adopt Asiwaju Bola Ahmed Tinubu as their Presidential candidate.

The students also called on Yorubas across the country to embrace Tinubu and see his aspiration as not only a Yoruba agenda but a project to reposition the country.

This was disclosed by the chairman of the Ogun State chapter of the National Association of Nigerian Students (NANS), Simeon Damilola Kehinde. He said Yorubas must remain united for Tinubu to emerge President of Nigeria.

The students’ body’s position is coming against the backdrop of division within the leadership of the Pan-Yoruba sociopolitical group, Afenifere, over its preferred Presidential candidate.

Recall that the group’s acting leader, Chief Ayo Adebanjo, had rejected the candidacy of Tinubu and declared support for the Presidential candidate of the Labour Party (LP), Peter Obi.

But, Pa Reuben Fasoranti has countered Adebanjo, insisting that the frontline Yoruba group is for Tinubu and not Obi.

NANS, in a statement signed by Simeon and made available to journalists on Tuesday, appealed to Adebanjo not to allow his grudge and hatred for Tinubu to prevent the SouthWest from reclaiming power in 2023.

Simeon disclosed that students across the region are set to visit Adebanjo to appease him and intervene in the current crisis in Afenifere.

The statement read: “This is not the time for the Yorubas to be divided, the election is around the corner, and a leading region in the country, we must unite and all work for the success of our own in the election.

“We are not tribalistic, neither are we whipping up ethnic sentiment, but for equity and justice’s sake, we firmly believe that this is the turn of the Yorubas.

“We must not allow our sentiment against Tinubu to prevent us from reclaiming power. We, therefore, appeal to the foremost Yoruba leader, Pa Adebanjo, to set aside his grudge or hatred and embrace the APC candidate for the sake of peace, unity and progress of Yorubaland.

“We are ready and willing to meet Pa Adebanjo and other Yoruba leaders to drive an issue-based campaign for Tinubu.

“In addition, we are set for a robust grassroots campaign across the region for Tinubu, and it is only right for every Yoruba indigene to be on the same page with us”.

The students further commended the Ogun State governor, Prince Dapo Abiodun, for being at the forefront of Tinubu’s campaign in the state, saying the governor has provided the needed leadership for Tinubu to emerge come 2023.