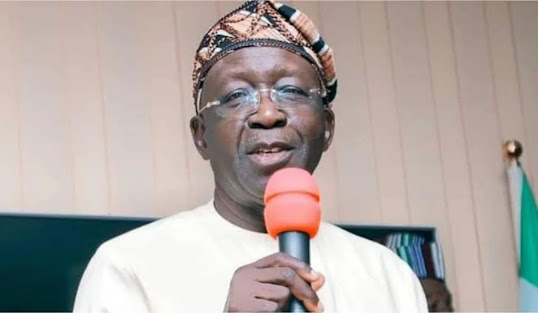 The Peoples Democratic Party (PDP) has claimed they will win 25 States, including Lagos State in the 2023 general elections.

The party’s National Chairman, Iyorchia Ayu, made this vow during a meeting in Abuja.

The meeting was organized to receive the report of the Lagos and Osun State PDP reconciliation committee.

According to Ayu, PDP will win several positions in the Senate, House of Assembly and House of Representatives.

“PDP will have a governor in Lagos and several other positions in the Senate, House of Representatives, and the House of Assembly.

“PDP will be celebrating, as I have always predicted, at least 25 governors will be having a big victory party in the Presidential Villa,” Ayu said.

Ayu noted that the work done by the Chief Eyitayo Jegede-led Committee has brightened PDP’s chances of winning at the polls next year.