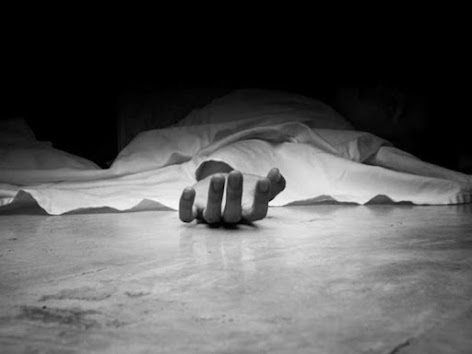 An 80-year-old man, James Ajayi has been murdered by unidentified assailants in Ilorin, Kwara State capital.

Baba Ajayi was reportedly murdered on Monday at his residence, Gbagede area of Amoyo town, a 15 kilometers drive from Ilorin metropolis.

Findings at Gbagede quarters, where the incident occurred, indicated that Baba Ajayi was attacked by his assailants while he was alone in the house on the fateful day.

One of his sons, Samson Ajayi, who was staying with him had gone out prior to the bloody attack only to come back at about 6-7p.m to meet his father in the pool of his blood in the sitting room, almost lifeless.

Samson raised an alarm and called a friend for help, who drove the deceased to the hospital in Gbagede.

Baba Ajayi, a former Shepherd of the Celestial Church of Christ, was strangled on the neck and had a deep cut on one of the hands.

Attempts to revive him at two private hospitals located at Gbagede proved abortive as he was rejected due to the severe injuries sustained in the attack.

Doctors at the General Hospital, Ilorin, pronounced him dead and his body was deposited at the hospital’s morgue.

The unknown assailants also burgled the room of the deceased’s wife, Mrs Stella Ajayi and stole N50,000 kept in one of her bags meant for the school fees of one of her children.

A close member of the family, Christie Doyin, staff of WebCast Channels, an internet broadcast medium, who spoke at Gbagede, said “on the fateful day, Baba Ajayi called me at about 8.30 a.m. to inform me that he wanted to see me.

“A month ago, he had an accident while trying to cross the road in search of petrol and was hit by a car and injured. He just recovered from that incident.”

“Around 4.30p.m on Monday when I didn’t see him as expected, I called his phone number without success, then at 8 p.m., I got a call from one of my relatives asking me if I had heard what happened to Baba Ajayi,” Christie added.

She disclosed that on reaching the house of the deceased, they discovered the sitting room littered with blood with the table and chairs scattered, indicating there was a struggle between Baba Ajayi and the assailants during the attack.

Christie said the matter was immediately reported to the Ganmo Police Station on Tuesday.

She said the DPO swung into action and led a team of officers to the scene for immediate investigation of the incident.

In a chat at Gbagede residence, wife of the deceased, Stella Ajayi, who is a staff of Nigeria Security and Civil Defence Corps, NSCDC, headquarters in Ilorin, said she was away to Minna, Niger State, for a promotion examination when the incident occurred.

She confirmed that it was her son, Samson who first discovered his father in a pool of blood on his return to the house in the evening.

Stella also confirmed that the two private hospitals where the deceased was first taken to rejected him due to the degree of injuries sustained.

She expressed shock over the incident. saying she never imagined such bloody brutality against her husband.

When contacted, the Spokesman of the State Police Command, SP Okasanmi Ajayi, confirmed the development.

He said an investigation was ongoing to unravel the circumstances surrounding the incident.