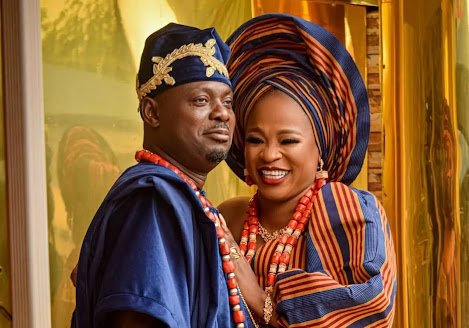 Desola, who had early in a post shared on Instagram barely two weeks ago, announced the separation, describing it as good news.

She accused Kunle of disrespecting her by visiting his baby mama in the United States of America and posted it online.

However, the actor, who was cited in a recent video on Instagram, couldn’t hide his excitement as he reunited with his wife.

Kunle, who was seen planting a kiss on his wife in the video, had, in a post a week ago, called on his fans to pray for Desola amidst the marital crisis.

While Afod described her as so loving and hardworking.

“Together forever @desolaafod. They said you said. They called to say. Them say them say. What you did not say. What I did not say. He tries to see the blink of a crab. Will surely stay forever at the riverside. Dede. I love you so much. You guys should help me pray for my opomulero. She’s so loving and hardworking”.