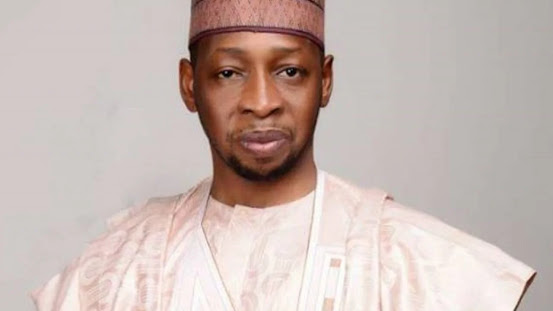 A Federal High Court, presided over by Justice Muhammad Nasir Yunusa and sitting in Kano, has insisted that Alhaji Abdusalam Abdulkarim Zaura, famously known as AA Zaura, who is the Kano Central senatorial candidate of the All Progressives Congress, APC, must answer to the alleged $1.3 million fraud charges against him.

When the case resumed hearing on Thursday, Yunusa insisted that the position of the constitution and the law is that AA Zaura, accused of allegedly defrauding a non-Nigerian to the tune of $1.3 million must be arraigned before any other matter is heard.

The Counsel to AA Zaura, Barrister Ibrahim Waru, had said that the court lacks jurisdiction to, in the first instance, hear the case because his client had appealed the retrial judgement of a Federal Court of Appeal also sitting in Kano at the Supreme Court.

However, the presiding judge said that his court is bound to hear the case because they have not received any appeal notification and as such, AA Zaura must be produced in the court.

Therefore by the position of the Court, the Counsel to EFCC, Barrister AI Aroghn said they would make sure they bring Zaura before the court, including possibly arresting him if he declined to be in the court.

Justice Yunusa adjourned the case for the arraignment of AA Zaura and hearing of the appeal application to 5th December 2022.

It could be recalled that the Economic and Financial Crimes Commission (EFCC) had, during the last court sitting, declared that Zaura, who is standing trial for alleged $1.30 million fraud was nowhere to be found.

The EFCC filed a charge of criminal conspiracy and obtaining money by false pretence to the tune of $1.3 million against the defendant.

When the case came up for arraignment,
the prosecution counsel, Mrs Aisha Habib, during the last sitting, told the court that the defendant was nowhere to be found for arraignment.

“This is a criminal case and the defendant must be in court to answer his plea even if he is challenging the jurisdiction of the court to arraign him.

“This is a total disrespect, the defendant have to be in court before he can file an application challenging the jurisdiction of the court to arraign him,” Habib said.

Counsel to the defendant, Barr. Ibrahim Garba-Waru, told the court that at this critical stage of the proceedings the presence of the defendant was not mandatory.

“Section 266(b) of Administration of Criminal Justice Law(ACJL) 2015 says in a criminal trial the presence of the defendant is necessary but where there is an exception of interlocutory application challenging the jurisdiction of the court to arraign him can not take place,” he said.

Garba-Waru said the defendant was not in court then, because he is not physically fit to stand trail.

“The defendant on Oct.14, filed an application challenging the jurisdiction of the court to arraign him and in as much trial didn’t start his appearance in court is not necessary.”

Justice Muhammad Nasir-Yunusa, said in a criminal case the defendant must be in court, adjournment to December 5 for the arraignment of the defendant.