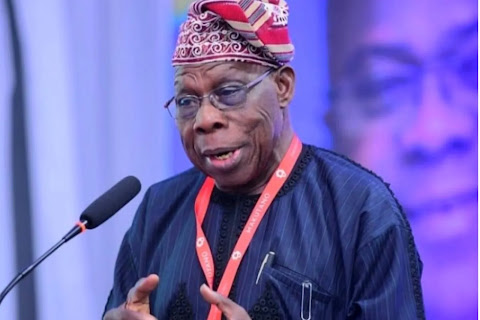 The 93-year-old elder statesman and former member of the House of Representatives in 1959 died on Tuesday.

A statement by Obasanjo’s spokesman, Kehinde Akinyemi, condoled with the government and people of Anambra State.

Obasanjo hailed Amechi’s “brilliant career” which straddled the political and community leadership in the country.

Obasabjo said the deceased was a selfless and patriotic nationalist, an indefatigable politician and an unyielding activist.

“Chief Amechi will also be remembered as one who gave of his best as a member of the first Federal Cabinet.

“A decent and amiable gentleman, he commanded the respect and admiration of his peers and associates.”

The statement added that Amechi was an exemplary citizen who demonstrated that politics was an avenue for service, not “mindless enrichment”

Obasanjo, now in South Africa, was in DRC on Monday where he announced the formation of the Nigeria-Congo Business Council.