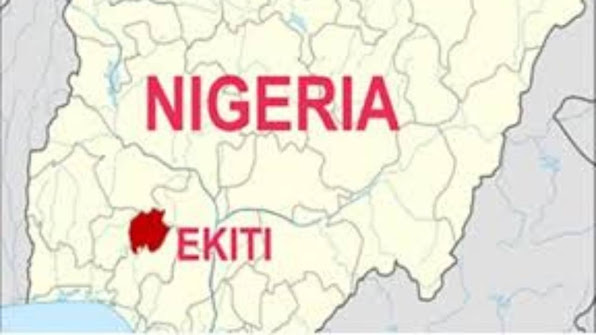 The suspects, whose names were given as Adeniyi Oluwafemi (28) and Abdulazeez Ogunsakin (52) were arrested by the Corps following a complaint by the relatives of the victim, a 17-year-old girl.

Parading the suspects at the office of the Corps in Ado-Ekiti, the Commandant, Brigadier General Joe Komolafe, (rtd) said one of the suspects, Adeniyi Oluwafeni reportedly ambushed the victim on her way to church on a fateful day and made attempts to slit her throat.

He explained that luck, however, ran out on him as the lady struggled with him and made frantic effort to collect the knife from the suspect.

She was said to have sustained serious injury from her right hand and raised alarm which led to the arrest of the suspect by residents of the area.

During interrogation by Journalists, the suspect confessed that he wanted to use the lady for money ritual.

He disclosed that another accomplice Abdulazeez Ogunsakin who he said is an uncle to him, a herbalist had given him the contract to get human parts for him for ritual purposes.

Recounting her ordeal, the 17-year-old girl, Godfirst Osigba, said she was on her way to the church on the fateful day when one of the suspects suddenly accosted her and made efforts to slaughter her from the throat.

She explained that one of the victims was until the incident a neighbour in the Kajola area of Ado-Ekiti, where she is working as an apprentice.