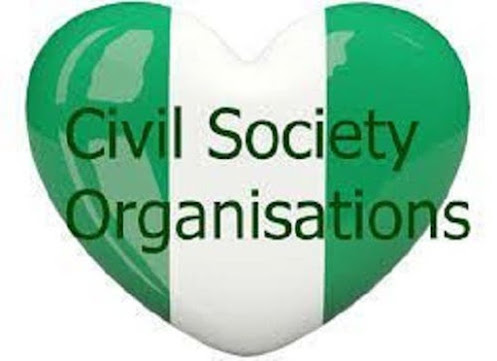 A coalition of civil society groups has described as false claims in certain quarters that the tenure of the Clerk to the National Assembly, CNA, Ojo Amos Olatunde, ends on Monday, November 14, 2023, adding that CNA vacates office in February 2023 according to civil service rules.

This was disclosed by a coalition made up of the Centre for Public Accountability and Transparency, CPAT; Society for Civic and Gender Equity, SoCEGE, Partnership for Good Governance, PGG and Peoples Alliance for Indigenous Rights, PAIR; and at a press briefing in Abuja on Sunday.

The group said it is not a breach of the civil service rules for the CNA to work in the office during his 3-month pre-retirement notice.

The Spokesperson of the coalition, Mr. Kanjal Awam, while speaking at a press briefing, said the National Assembly Service Commission would always perform its functions in a credible manner by following the due process.

“The CNA, as we all know, has already given a notice of 3 months to embark on retirement leave on February 14, 2023, in accordance with the rules of the civil service of the Federation.

“We wish to categorically state that the CNA should be allowed to finish his tenure as stated in the service rules and interpreted by the Head of service whose role in interpreting the National Assembly service age in 2020 cannot be forgotten in a jiffy,” he said.

The group further added that the story making rounds in the public space was part of plans to influence the appointment of a certain person who the group alleged was planted by those afraid of going through the process.

At the same time, it also noted that the National Assembly Service should be transparent and seen to be fair, while interpreting the rules of the commission in discharging its responsibilities.

Meanwhile, a letter sighted with reference no: HCSF/314/93 dated November 11, 2022, and signed by the Director- HoS for Head of Service of the Federation, Adebayo Olujimi, showed the claim of the coalition to be in order. The letter was titled “Re: Enquiry of Pre-Retirement Leave of a Retiring Civil Servant”

It was addressed to the Chief of Staff for the Office of the Speaker of the House of Representatives, in relation to the impending new appointment.

Part of the letter read, “The pre-retirement leave is provided for in the Public Service Rule (PSR) 100238, which states: “Officers are required to give three months’ notice to retire from service before the effective date of retirement. At the commencement of the three months, officers should proceed immediately on the compulsory one-month pre-retirement workshop/seminar. For the remaining two months, retiring officers are expected to take necessary measures to put their records straight so as to facilitate the speedy processing of their retirement benefits.”